So You Found Out Your Partner Cheated on You. Now What? 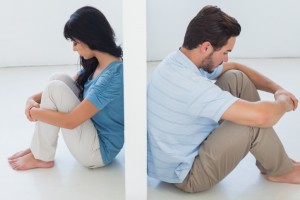 “You cheated, you lied, you said that you love me,” the song goes, and a lot of people are saying it, too.

So you found out your love is untrue. Now what? Maybe you suspected it all along, or for quite some time, or you had no idea whatsoever—but it’s here now. And it stinks.

Can you ever trust again?

Can you ever stop being so angry?

Can you ever get over it and move on?

The soul-crushing effects of infidelity are hard to live with, much less live through and leave behind. Who has the power to do that?

When someone you trust tramples you emotionally, with or without warning, it may not feel like there’s much left after that. But you still need to go on living—for yourself, for your kids (if you have any), for your family, for your future.

What can you do? What should you do?

You can break up. For many couples, that seems like the simplest and most logical outcome. You can stay together but live as though you’re not. You can try to repair and reawaken your relationship.

I don’t think any of these options is easier than any other. They are all hard.

If you don’t have kids and don’t have to see each other and plan and work together, going your separate ways might feel like the best, cleanest option.

If you stay together but live as though you’re apart, perhaps for the sake of children, life can get increasingly complicated. It is an option, though.

If you stay together and try to reawaken your relationship, you have to work hard—both of you—every day to find yourselves together, to regain your footing, to make new psychic space for yourself and for each other. You need to address what happened in a constructive way that simultaneously (1) acknowledges the hurt inflicted and (2) explores the cracks in the foundation that ultimately led to the infidelity. This is most effectively done with the support of a trained couples therapist.

When you finally release the rage, you may be in a more creative and peaceful place where you can nurture yourself. And that’s just what you need—to be nurtured, to find nurturing people to help you, and to take care of yourself.

Deciding what to do is the trick, and of course there are other options. You would be smart to consult with good friends and wise and compassionate others. You could join a support group or work one-on-one with a therapist or religious leader who will help you sort out your options and figure out what you want to do next.

It’s easy to blow your top, boot your partner, or get out yourself. Angry feelings give you force and also protect you against feeling the more vulnerable and tender feelings you have. Those feelings hurt. Perhaps feeling vulnerable makes you feel weak, whereas anger makes you feel strong, at least for a time. It’s an illusion, though; anger isn’t strength at all.

No matter what you do in the aftermath of infidelity, it’s important (and also exceedingly difficult, especially at first) to gradually let go of the rage and feel ALL of your feelings. After all, there was a time when you cared deeply for this person and thought about a future together. The future you once imagined no longer exists. It died with the infidelity, but if you both commit to doing the work it takes to rebuild, a new future can be born.

When you finally release the rage, you may be in a more creative and peaceful place where you can nurture yourself. And that’s just what you need—to be nurtured, to find nurturing people to help you, and to take care of yourself.

You may need the strength of a lion in the beginning, but then you’ll need to be gentle with yourself. I think that’s part of what it means to grow up: to be strong and loving, compassionate, wholly real, and wholly your loving, responsible self.