Skeptical About Couples Therapy? 3 Things You Should Know 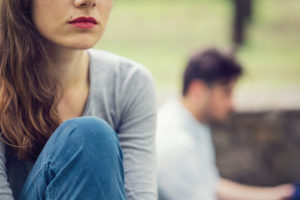 As a couples therapist, I hear this question a lot. And it’s a valid question. When couples come to therapy, they are usually in pain and in search of relief. If I had a painful illness and the doctor prescribed treatment, my first question would be, “Is this going to work?”

When I was introduced to emotionally focused couples therapy (EFT), I was relieved to learn of this established method, with a science behind helping couples. And it works. Research shows that EFT helps 70% of couples recover from marital distress. Ninety percent of couples report significant improvements. If I were sitting in a doctor’s office with an illness and was told treatment had a 90% success rate, I would feel relieved.

But despite the success rate of the approach, it is still normal to have some reservations about couples therapy. Before you knock it, though, I recommend learning more about the process. As a marriage counselor, these are some of my thoughts about three of the common reasons people are resistant to couples therapy.

We are who we are, right? In couples therapy, I’m not seeking to change anyone. I’m not trying to help anyone change their personality or their partner. I’m seeking to change the dynamics of the relationship. An EFT therapist helps couples understand and meet each other’s needs in effective ways.

These needs, which EFT therapists call attachment needs, already exist in each person. We aren’t changing a person to create these needs, since they are already a part of each partner. But often these needs go unacknowledged. In other cases, partners attempt to get their needs met in ways that prove ineffective. In EFT therapy, therapists simply help each partner access their emotions and needs in a way that helps them bond. In other words, we are pulling out emotions and needs that already exist but are often covered up with reactivity. We are helping decode this reactivity in order to understand the feelings and needs underneath. By doing this, we can help both partners engage with each other in ways that help them both feel close and connected.

EFT is not about going home and doing “homework.” In fact, change occurs in the session. Experts have studied the process of change and determined the specific change needed for events to occur. An EFT couples therapist knows these change events and can guide the sessions to help create them. These events help change the way partners view each other and the relationship, which can bring about organic change in the relationship.

In EFT therapy, therapists simply help each partner access their emotions and needs in a way that helps them bond. In other words, we are pulling out emotions and needs that already exist but are often covered up with reactivity. We are helping decode this reactivity in order to understand the feelings and needs underneath.

When these change events occur, couples can shift from feeling distant and disconnected to feeling safe, secure, and connected. When couples feel more connected, reactivity can naturally change and soften outside of the session. This doesn’t mean you shouldn’t go home and try new things, such as planning more date nights or learning new communication tools. It just means the success of therapy doesn’t depend on doing “homework.” In EFT couples therapy, doing the work simply means showing up to the session and engaging in the process.

Couples who seek out therapy have often engaged in a series of hurtful behaviors. One or both partners may have felt hurt by the actions of the other. Sometimes, this pain can feel overwhelming. Couples may have engaged in such a negative cycle that they have been unsuccessful in repairing these hurts on their own. The hurt has happened, and the unsuccessful attempts to resolve the hurt often only exacerbate the pain.

EFT therapists work to help couples dismantle their negative cycle so hurts can finally be felt, shared, heard, and healed. Most importantly, the way EFT therapists guide the conversations in therapy allows the emotions from these hurts to be shared in a way that bonds and connects couples. So yes, hurts can actually help bond a couple—when they are dealt with properly.

How Does Change Occur in Couples Therapy?

Jill and Paul came into therapy after years of feeling disconnected. During sessions, Jill described to the couples therapist their nightly routine: Paul retreated to his home office after dinner, while she would watch TV alone in her bedroom. Jill explained that despite her getting upset and angry at Paul for how much he worked, the pattern of loneliness continued. “He doesn’t care about how I feel. He only cares about his work,” Jill concluded.

The therapist helped Paul and Jill unpack the dynamics that led to these familiar lonely nights. The therapist helped Jill shift out of her anger and talk about her sadness regarding their distance. From there, Jill was able to express her desire to feel close and connected to Paul. Jill shared, with sadness, her belief that Paul hid away in his office at night because he wanted to get away from her.

With the therapist’s help, Paul was able to talk about his experience. He shared how through the years, Jill’s angry comments made him feel rejected. As their cycle repeated over and over again, he came to the conclusion that he wasn’t able to give her what she needed. He also explained his feeling that anything he says when Jill is upset only makes things worse. He shared how he wished he knew what could make her happy and that he has started to worry that maybe he doesn’t make her happy anymore. So instead of doing or saying something that may make the situation worse, he goes into his office at night.

Paul’s explanation helped Jill see that Paul pulled away from her not because he didn’t care, but rather, because he cared so much about protecting their relationship that he didn’t want to make things worse.

Many change events that occurred in therapy ultimately helped Jill and Paul get out of their negative cycle and create a way to communicate their needs more clearly and feel more connected to each other.

Paul and Jill still found find themselves back in their familiar negative cycle at times. But as a result of the pivotal change events they experienced in therapy, they could more quickly identify the disconnecting cycle between them and find their way out.

When Does Couples Therapy Not Work?

With all of this said, there are some factors that can inhibit therapy success. I like to be realistic with couples about the prognosis of their relationship. If any of the following factors are present, success is less likely.