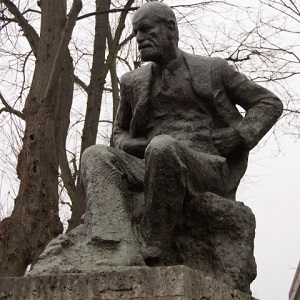 Ask a random stranger to picture a famous psychotherapist, and the odds are good that they envision Sigmund Freud. The father of modern psychotherapy has made his way into the minds even of people who have no interest in therapy or psychology. It’s no wonder Freud has become a legend given his massive contributions to the field. But Freud was also a larger-than-life character, whose recommendations for sound mental health didn’t always match his own choices.

Freud Was a Cocaine Devotee

In the late 19th century, cocaine was marketed as a wonder drug that could cure everything from insomnia to epilepsy. The field of psychiatry now expends massive resources attempting to help people recover from drug addiction, but this wasn’t always the case.

Freud was a regular user of cocaine, and touted its ability to help users probe deeper into their unconscious minds. He even recommended cocaine as a cure for morphine addiction.

Freud Was Plagued by Health Problems

Freud once remarked, “Sometimes a cigar is just a cigar” in response to questions about what his frequent cigar smoking meant about his own mental health. But in Freud’s case, cigars were a source of serious health problems. The famed psychiatrist reportedly smoked 20 cigars a day. He developed oral cancer in 1923, and underwent 34 operations prior to his death.

Freud May Have Killed Himself

Modern psychiatry expends massive resources attempting to cure depression and other mental health concerns that can lead to suicide. But in 1939, Freud took a lethal dose of morphine and died within hours. Although a 2004 journal article labels the choice physician-assisted suicide, some researchers have pointed out that high doses of morphine are standard practice for terminal patients even today.

Freud Ignored His Own Ethical Mandates

Contemporary psychotherapy places a heavy focus on confidentiality and neutrality. This is due at least in part to the standards Freud set in his publications. The father of modern psychotherapy didn’t always practice what he preached, though. A 1988 study found that Freud ignored anonymity standards in 100% of his cases. He also abandoned standards for confidentiality in 53% of cases, for neutrality in 86% of cases, and for avoiding extra-analytic relations in 72% of cases.

Freud’s works are now widely acknowledged to be among the most important in the field of psychiatry. His publishers didn’t recognize this importance, though. The Interpretation of Dreams earned him a measly $209—the equivalent of about $5,000 by today’s standards. The book wasn’t much of a hit, selling only 600 copies in eight years.

We’re quick to label those who follow rigid schedules obsessive-compulsive, but Freud himself followed a rigid and demanding daily schedule for 50 years. He got up at 7 a.m. each day, seeing patients from eight to noon. He had a regular lunch each day with his family, followed by a walk and a trip to the local tobacco store. Thereafter he saw patients again, retiring by nine or ten to write. His diary provides details of his daily activities, and places special emphasis on his tobacco purchases.