Being Woman: Singaporean Shares Her Story 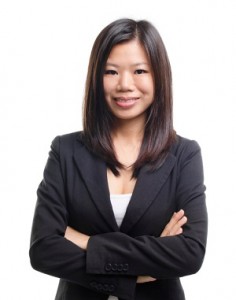 For the longest time, being a woman, to me, meant being: seen and not heard, expected to help, serve (for instance cook, clean, iron) and please people around me, especially the men. They expect me to be fertile, and expected to bear children. Also expected to look good, smell nice, and be happy and positive at all times.

If I were to laugh or speak at all, I was asked to, please, not do so too loudly in order to not inconvenience those around me. I was not expressly told, but I knew better than to oppose a man – not if I wanted him to love me. To oppose a man is to risk being hit, as a woman, I am not just physically smaller in build, but also weaker in strength. And because men are stronger, have been taught all their lives to lead, protect, defend and take care of the weaker sex; I just assumed that they knew better.

I have a new husband now – one who sees me as his equal; who does not hesitate to call my bluff; who shares with me his hopes, fears, dreams, knowledge and food. He teases, jokes, and laughs with me on a daily basis. He sees me as the beautiful person I have always been inside and out. With him, I feel that I can just relax and be me; that I have the power to be all that I have always been meant to be, and not only that, that I finally have the wings to soar above the daily humdrum of life. This would not have happened if I had not made peace with me.

I have resented being born a woman and all the societal and cultural expectations that comes with being a woman. I had, unwittingly, been living life in less than my full capacity because nobody, including myself, had ever expected much of me. A profound change occurred when I fully embraced my identity as a woman.

I realized that these “shackles” of being a woman were ones that I had chosen to stay in. Some of these were placed upon me, others were probably figments of what I thought was real, and the rest I had put myself into.

Rising above these shackles simply meant being aware of what is, being focused on what could be, and being resigned to some of what will always be, yet ultimately being conscious and deliberate in taking baby steps going towards what I really want.

We all have options– including doing nothing. I choose to be plunged onto life and live it fully in the ways I know how. I am a woman who has made peace with being a woman.