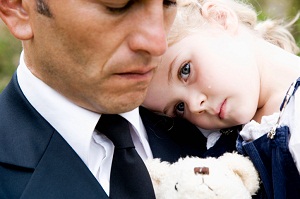 October marks Sudden Infant Death Syndrome Awareness Month, a time when parents of children taken too soon grieve and recall special memories, but also a time to learn more about SIDS and how to cope with the aftermath of such a tragic experience.

SIDS is defined as the death of a child less than a year old that is unexplained and unexpected after a complete analysis of the cause of death, according to the American Sudden Infant Death Syndrome Institute website.

Charlotte Wenham, a registered nurse, SIDS expert, mother of two boys, and business manager for Snuza mobile baby monitors, said by e-mail that the unexplained nature of SIDS can be extremely difficult for parents to accept.

“While understanding the reason for death does not change the fact that they will no longer see their beloved child grow, it can serve an important purpose in the healing process,” Wenham said.

Parents have to come to terms with a lifestyle change in addition to the loss of an immediate family member. Typically, they also have to deal with interrogation by police and medical examiners, Wenham said. Parents sometimes struggle with feelings that they somehow caused the death of their child after this intense process, even though they’ve been reassured that there was nothing they could do to prevent it.

The aftermath of SIDS for parents can involve severe emotional responses, grief, and questions about life. Immediately after the death of a child, shock, fear, anxiety, and depression might manifest, Wenham said. Besides managing their own emotions, parents have to help any other children cope with the traumatic loss of a sibling as well. Depending on the ages of the other children, they may develop a fear of sleeping because that’s how their young brother or sister died. Other areas of their lives could also be affected, such as academics.

“In addition to the usual grief emotions of denial, anger, and guilt, parents who have experienced the loss of a child from SIDS can also experience certain other reactions unique to their situation,” Wenham said. “Many parents feel a heightened sense of fear and anxiety for older siblings, or children born subsequently, which can change the way they parent. Insomnia and nightmares can be common, as can physical symptoms such as loss of appetite, stomach aches, heartaches, and a lack of concentration.”

For years to come, parents will experience the pain of losing their child. Wenham said the sense of loss may be heightened during celebrations for other peoples’ children, such as graduations or birthdays. Mother’s Day and Father’s Day can also serve as difficult reminders. These are times when friends and family should be counted on for support, if only to lend an ear or shoulder.

“Grief is often a lifelong experience,” Wenham said. “There is no magic time frame for the pain to dissolve, the wounds to heal.”

Parents might consider joining a support group to talk to others in their situation, or they might simply isolate themselves from the outside world—maybe even a combination of the two. Wenham said there is no “correct” way to cope with SIDS.

There are resources for parents who are willing to use them, such as the SIDS Alliance/First Candle support line. Various organizations also have support groups, such as local SIDS networks, the CJ Foundation for SIDS, and First Candle. Parents sometimes create websites in memory of lost children. Others gather family to celebrate the short but special life of their child on the birthday or day the child passed away.

Peter Seymour, who lost a child to SIDS on Aug. 2, 2010, is developing a monitor—called Ella’s Monitor, after his daughter Eleanore—that could potentially diminish the threat of SIDS for many parents. He said by e-mail that giving parents access at home to the advanced monitoring equipment commonly found in hospitals can help fight SIDS.

Seymour said his daughter died three months to the day of her birth. His wife found her not breathing that morning. He said he rushed in and picked her up, but she would not wake up.

“I am no psychologist or therapist, but having experienced both the birth and death of a child, I can say that nothing can compare,” Seymour said. “Ella’s death was not just the loss of a treasured family member, it was the loss of my very own future. There would be no more dirty diapers, no more sleepless nights. My reality became hauntingly lonely.”

He said every part of his life has been affected by the death of his daughter, and that he feels a sense of hopelessness and uselessness despite taking steps to move past the hurt.

Seymour said the main way to cope with the death of a child from SIDS is to remove the blame from the situation and to give yourself “freedom from the responsibility of their death.” He said he didn’t do this initially, instead blaming himself and his fiancée. This slowed his healing process, he said.

“Ultimately, the biggest coping mechanism for me was to simply forgive myself,” Seymour said. “It may seem obvious and trite, but truly it is where my grieving process began.”

In time—about nine months, he said—he went to family and friends for support.

“My coping process, at least my healthy coping process, did not honestly begin until I welcomed help,” Seymour said. “To any bereaved parent, I would beg them to seek out pillars of support as soon as possible. These pillars, both friends and family, were absolutely critical to me, and without them I would not have been able to cope.”