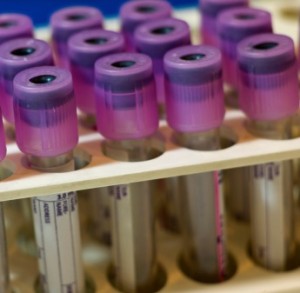 A recently released and published study by Penn Medicine and the Centers for Disease Control and Prevention found that people with mental health issues are more likely to have been tested for HIV than those without mental health issues. To break down the numbers further, by percentage, those with schizophrenia or bipolar are more likely to have been tested (64% and 63%, respectively) than those with depression and/or anxiety (48%). All of these figures are higher than for the non-diagnosed population (35%).

Why isn’t clearly known, but what is known is that people with mental health conditions have higher rates of HIV and are more likely to engage in behavior that places them at greater risk of HIV. Estimates are that between 5% and 23% of those with mental health diagnoses have HIV, and roughly 50% of the HIV-positive population has co-morbidity with mental health issues (National Health Interview Survey, 2007).

The reasons for the higher rates of HIV testing may be because of this awareness; people with diagnosed mental health issues being more vigilant about their care; or because their mental health professional contacts encourage testing.

While the higher rates of testing with these populations are something to celebrate, there is work to be done. According to Dr. Michael Blank, associate professor in psychiatry at Penn and co-director of the Penn Mental Health AIDS Research Center, “Mental health providers should consider routinely offering HIV/AIDS testing, something that does not typically occur now.” He notes that there are “few formal prevention and screening efforts targeted at this at-risk population.”

Currently, most HIV testing takes place in medical offices, HIV clinics, related facilities (such as Planned Parenthood), or public health settings. These are not always the best settings for people for whom HIV is not the primary concern but is something that needs to be tended to. Despite best efforts at encouraging counseling, the majority of these facilities have “counselors” who have had only a few days of training in counseling and testing. This is not nearly enough training to qualify people to fully grasp the complexities of HIV and mental health.

Given that 40% of those who are diagnosed with HIV are not successfully linked to care (CDC Vital Signs, 2014, and CDC National HIV Surveillance System and Medical Monitoring Project, 2011), it is clear that we need more people in the helping professions to help those getting tested for HIV get linked to care. The earlier people with HIV are engaged in care, the better the health outcomes as well as the ability to decrease the spread of HIV. The mental health profession can help ensure that this happens. But what is the best way to do this?

One possibility is to become familiar with the self-testing kits available at pharmacies. About 1.5 million of these self-tests have been sold since they were approved in 2012 in the United States. This can be a vital tool to help routinely offer HIV/AIDS testing. Given that few in the counseling profession can afford to take three to five days off of work to become testers (especially since these credentials would not count toward getting continuing education credits), mental health professionals can at least discuss with people the option, portability, and accessibility of self-testing. These tests do not require certification, and just because they are called self-tests does not mean therapists and counselors can’t offer to sit with a person as he or she does the test. It is more a matter of mental health professionals’ comfort with discussing HIV and consideration of the ethical principles that will guide them in doing so.