How ‘Should’ Messages Set the Stage for Anxiety 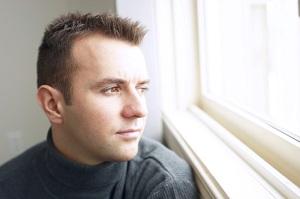 First, a few words in defense of anxiety: It is a natural, fear-based response that often serves an important function. It is a defense mechanism that contributes to our survival. If we did not feel anxiety, we might not move out of the street when we see a bus hurtling toward us. Anxiety can also be a motivating force. It makes us uncomfortable and can propel us to change. It can, however, at times seem to take over our lives and interfere with our abilities to achieve goals. It can be crippling.

In recent months, I’ve seen more and more people come to my practice grappling with the more destructive form of anxiety. They come from different demographics and life experiences, and they manifest their anxiety in different ways, but I’ve been seeing some common threads recurring in our conversations. While the roots and geneses of their anxieties may vary, the most powerful, consistent triggers of their anxiety responses seem to come from “should” messages.

“Should,” I believe, is one of the most damaging words in the English language. Generally, it serves to point out all of the ways we are falling short of expectations, whether they are ours or those others have for us. We use “should” (I should do the laundry) to chide ourselves for the things we are not doing. It also conjures up feelings of failure or disappointment (I should be happier/more successful/richer/thinner/better). We use it to set expectations for others (my partner should bring me gifts/flowers/love tokens to prove his feelings). “Should” becomes a way to find fault with others and ourselves. It generates dissatisfaction.

For those who say “should” is the best way to motivate ourselves, try replacing “should” with “I want.” This shifts the locus of control from some mysterious, outside force (parents, society, or the ubiquitous “they”) to the individual. This is empowering and much more motivating. It’s one thing to say you should go to that Pilates class. It’s another to say you want to go. Guess which one is more effective in getting you to that class?

Much of the time, our “should” messages come from our families, our peer networks, and the broader culture around us. We are regularly bombarded with messages about what it means to be a “good” man, woman, parent, or partner. Television, movies, magazines, and the Internet all contribute to delivering messages about what is normal or desirable. Often, the messages contain within them some unattainable ideals. The practice of airbrushing models in magazines tells us that even the “ideal” men and women don’t meet those standards.

While most of us can intellectually see the distinction between fantasy and reality, the messages accumulate. We start to question ourselves. We believe we are the odd ones out, that we somehow are not following the right script. We have failed.

While the messages of the broader culture are powerful, the messages we receive from our own families and more intimate communities tend to be the hardest ones to shake. We receive implicit, and often explicit, messages about who we are supposed to be, how we are supposed to act, and what we are supposed to achieve. This, in and of itself, isn’t necessarily a bad thing. We expect our children to say “please” and “thank you.” We expect them to do certain chores. These expectations are not the kinds of “shoulds” that tend to be problematic. Where I see it causing distress is when the person receiving the messages believes that acceptance, love, and self-worth are inextricably tied to meeting those expectations, no matter what. The pressure to meet those expectations, particularly when they do not feel attainable or natural, can trigger anxiety. The discomfort of regularly trying to be something one is not, combined with fear of being discovered to be a “fraud” and thus being rejected, can create a sometimes unbearable experience.

As a parent raising a young boy, I try to be aware of the “shoulds” I may be placing on him. I try to be intentional in the messages I send. This can be hard to do, since there are so many messages implicit in the stories we read and the movies we watch. He was into the movie Cinderella for a while—mainly because he loved the slapstick of the cat and the mice. After one viewing, his grandmother said, “When you are grown up, you’ll marry your Cinderella!” That seemingly innocuous comment set the expectation that 1) as a boy he will fall in love with a girl, and 2) his happy ending requires finding a partner to marry. It may be that he will follow that path. If, however, that is not the path he chooses, I don’t want him to fear that he will disappoint his grandmother (or his mother), or that he has somehow failed us.

While I have clear expectations about which behaviors are acceptable and unacceptable, I try to reinforce daily that who he is and how he feels is OK. He will be exposed to plenty of external pressure to fit social norms and expectations. I see part of my role as a parent as providing a safe space for him to explore who he is and wants to be without fear of rejection. My hope is that if he sees that I accept and love him as he is, he will accept and love himself, and perhaps anxiety will remain a helpful, not hurtful, part of his life.