Sexual Harassment: Common Misunderstandings and What to Do Instead 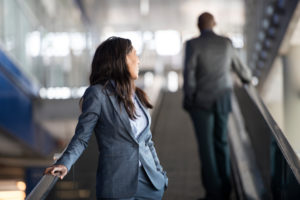 Thanks to the #MeToo trend on social media and the many brave people who have broken the silence about sexual harassment and assault they’ve experienced, people who have long suffered in silence out of concern for their careers are finding some validation. It is my hope that this greater awareness will help contribute to the prevention of similar suffering for future generations.

A person I’m currently working with recently reminded me this is only the beginning, and it is worth reminding everyone that we all have a responsibility to help maintain the momentum of this movement to enact meaningful change in the workplace and elsewhere. I agree with her.

Sexual harassment is one of those workplace phenomena that many people seem to love to joke about. But when it happens, it is serious and can be devastating for the person being harassed. Multiple studies have shown that sexual harassment is linked to negative outcomes for a person’s mental and physical well-being (Chan, D. K-S., Lam, C.B., Chow, S.Y., and S.F. Cheung, 2008).

I believe the most important thing to remember, when it comes to sexual harassment, is that it does not always appear the way we might expect it to. Learning to recognize sexual harassment, and developing an awareness for times when we might be inadvertently harassing another person, can go a long way to improving the work environment for everyone.

With that in mind, let’s take a moment to clear up some misconceptions a lot of us may have about sexual harassment.

1. Sexual harassment has nothing to do with sexual attraction.

We aren’t in elementary school anymore. Even then, pulling on a girl’s pigtails is not a “cute” way of expressing affection. Sexual harassment has nothing to do with expressing appreciation of another person’s appearance and everything to do with making that person feel powerless by reducing them to a sex object. While you might simply wish to compliment someone, it may be best to take a moment to consider your compliment and whether it might have an unintended effect.

2. Sharing intimate details of someone’s (even your own) sex life with people who don’t need or desire to know is a form of harassment.

Unfortunately, this type of harassment isn’t usually treated as seriously as other forms of sexual harassment. However, it can be damaging to someone’s reputation. Also consider that a single remark can effectively “out” an LGBTQ+ person or a nonmonogamous person, which can compromise their personal safety and well-being, as well as that of their partner(s) and/or families.

A lot of us may make the mistake of getting too comfortable at work. We spend so much time with coworkers that sometimes it becomes easy to think of them as family or friends instead of professional colleagues. But it’s a good idea to keep in mind that, regardless of how nontraditional your work environment may be, it is still a professional space. If you wouldn’t say something that might compromise someone’s reputation or safety out in a public place, it’s not okay to say it at work, either. In general, it’s best to avoid any discussion of anyone’s intimate life in the workplace.

3. Some harassment is meant to be nasty, but some of it is just the result of someone having a thoughtless moment.

It seems like in general, workplaces are becoming more enlightened when it comes to sensitivity to the needs of all populations, but we still have a long way to go. In general, if someone makes a comment that makes you uncomfortable, a helpful start may be to pull that person aside privately, saying something along the lines of, “I know you didn’t mean any harm with X remark, but it’s possible for someone to take it the wrong way or be hurt by it.”

If you are met with hostility, it would be worthwhile to document what you did and what took place and then take it up the appropriate chain to address the behavior in a formal fashion. In general, though, it may be best to begin by giving people the benefit of the doubt.

4. Letting people know they aren’t alone may be better than ignoring what happened.

Learning to recognize sexual harassment, and developing an awareness for times when we might be inadvertently harassing another person, can go a long way to improving the work environment for everyone.A lot of this behavior happens in plain sight, but nobody says anything about it. Because I worked in a human resources role for a while, I have gone back and forth on how I feel about waiting for people to report harassment on their own, and it didn’t feel right to me to just ignore the behavior. In general, though, I think it is best to leave it to the person being harassed to choose whether or not to say anything.

If you are a witness to harassment, however, you might still approach the person and acknowledge that what they just experienced seemed inappropriate. A lot of people might shake it off as “nothing” or “no big deal.” If that is what they choose to do, that’s up to them, but sometimes just reminding someone they aren’t alone can be a helpful action.

Harassment, like other forms of abuse, thrives on silence. Those who experience harassment often feel too embarrassed or ashamed to seek support, especially if they believe they did something to bring it on themselves. Harassment at work is further complicated by the question of how reporting the harassment might affect the victim’s career.

If you have experienced or witnessed sexual harassment and aren’t sure what to do, it may be helpful to talk the situation or event over with a compassionate and qualified mental health care professional.

Giving coworkers positive support and attention is generally a good thing, as long as it is done appropriately and respectfully. By being mindful of the above, we can avoid inadvertently participating in harassing behavior and help make the workplace (and society in general) a better place for everyone.