Sexual Assault Survivors’ Bill of Rights, and Other News 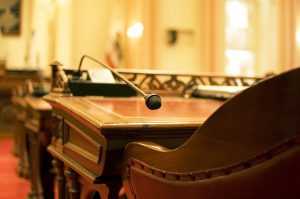 The United States Senate unanimously passed a bill Monday that would give sexual assault survivors some basic rights. The bill, known as the Sexual Assault Survivors’ Rights Act, will go to the House of Representatives next, and if it passes there, could be signed into law by President Barack Obama.

The bill protects rape kits, which preserve evidence that may be necessary for prosecution, from being destroyed prior to the expiration of state statutes of limitations. States would also have to inform survivors 60 days in advance of the destruction of a rape kit. The legislation also prohibits charging survivors for their rape kits, and funds sex offender registry programs.

Introduced by Sen. Jeanne Shaheen (D-NH), the bill’s co-author is 24-year-old Amanda Nguyen. Nguyen reported being raped in Massachusetts two years ago, and underwent a rape exam to create a rape kit. She now must request that her kit not be destroyed twice a year, in spite of the fact that her rapist could be prosecuted up to 15 years from the date of the assault.

The bill could serve as a model for state legislation. Much of the legislation affecting rape survivors occurs at the state level.

Multiple Personality Disorder May Be Rooted in Traumatic Experiences

Formerly known as multiple personality disorder, dissociative identity (DID) remains a controversial diagnosis that some mental health experts say is due to high suggestibility. A new study suggests the condition is real for the 1% of Americans who experience it, and traumatic experiences may trigger dissociation and the development of multiple identities.

Offhand comments, even innocent ones that are only unintentionally offensive, can sting for years. One way to move past these statements is to view the person who said the hurtful comment with compassion, giving them the benefit of the doubt. For some people, letting go of these hurtful statements can actually affect their identity, because an offhand comment may spur change, lead to lifelong grudges, or subtly alter personality.

Drug Used for Pain, Anxiety May Be Linked to Birth Defects

Pregabalin, a drug approved by the Food and Drug Administration (FDA) for the treatment of epilepsy, fibromyalgia, and neuropathic pain, is also used on an off-label basis to treat anxiety and other mental health symptoms. New evidence suggests use of the drug during pregnancy may be associated with an increased risk of birth defects. In a study of 656 women who did not take pregabalin while pregnant and 164 who did, women who took the drug were three times as likely to have a baby with significant birth defects.

When Shawn Baker lost her job at a hydraulic shop, she had an idea: give people an outlet for their anger. She founded Tantrums LLC, which hosts one of Houston’s “rage rooms.” The facility gives people a chance to smash inanimate objects free of consequence or judgment, and places like it are rapidly increasing in popularity.

According to a study of people’s relationships with their therapists, people in therapy cared less about specific treatment plans than they did about the relationship with their provider. The study’s authors hope their research will encourage providers to focus on cultivating strong therapeutic relationships rather than dedicating their time to cumbersome treatment planning.