Sex Is Queerer Than We Can Imagine—Really 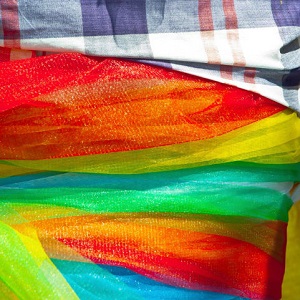 I recently read therapist Suzanne Iasenza’s article, What Is Queer About Sex?: Expanding Sexual Frames in Theory and Practice. In the paper, Dr. Iasenza describes things that challenge our conventional “wisdom” about sex and gender. For example, we take for granted that people are either gay or straight, that they are “born that way” and sexual orientation is unchangeable, that the “gay” and “straight” identity labels actually represent some essential quality that someday will be reduced to a gene, that the labels represent congruence within a person of their attractions, behavior, fantasies, and romantic feelings. Furthermore, we assume that gender is binary, and that transsexuals, the few “exceptions” to that rule, are basically looking to jump gender from one category box to the other.

In contrast, Iasenza presents facts about sex and gender “on the ground” that scientists are just beginning to explore—“the fluidity and multidimensionality of sex and gender, the incongruities and paradoxes in sexual behavior, thoughts, attractions, feelings, and sensations” (p. 291). She gives examples that are familiar to any of us who have worked as sex therapists, examples like the following, culled from her writing and my own experience:

If you are a queer sex therapist like Suzanne Iasenza or me, you have seen all these people and many more. They defy our narrow categories of sexual orientation and gender. They have always existed, but because the norms of the LGBT community often mirror the beliefs of mainstream culture, they have often been viewed as lying, aberrant, or pathological, or, in the case of bisexuals or those with bisexual tendencies, traitors. You can be rejected from the tribe you were born into and survive if you find support among fellow queers, but no one can afford to feel alien in both communities. And so it is not surprising that, in the past, people who crossed boundaries or incorporated paradoxical urges within themselves kept it to themselves—or told their therapist.

What’s different now is that these “exceptions,” the people who don’t fit into our neat, tidy categories, are turning out to be quite common—and they are “coming out.” They aren’t just coming out individually; an entire generation of queers is exploding with new concepts of what we have always taken for granted. Younger people increasingly don’t attempt to fit into rigid categories. Researchers such as Lisa Diamond and Ritch Savin-Williams document the growing rejection of the labels among queers under 30 years old. Some reject identity labels altogether, others adopt new ones, eschewing “L,” “G,” “B,” or “T” as too confining. A recent study published in the Journal of Sex Research found that among youth in an LGBT sample, “genderqueer” was the most commonly endorsed gender and “pansexual” and “queer” the most common sexual orientations.

Moreover, a lot of the identity terms people are choosing are uniquely tailored to them. Here’s the way one subject in Walter Bockting’s study describes it: “first as a guy, then as a gay man, then as an FtM … a queer FtM who still has sex with women (usually butch women or MtF’s) once in a while” (p. 693).

It’s changing on the other end of the Kinsey continuum as well. National youth surveys in both the United States and England show rates of bisexual behavior up in young people, especially young women, and the increase has come from those who would have otherwise identified as heterosexual. Ritch Savin-Williams, in an attempt to show the relevance of the continuum concept end to everyone, offered self-labeled “heterosexuals” the opportunity to choose from “heterosexual” or “mostly heterosexual.” He found a large group who would choose the “mostly” identity and then did extensive physiological testing to prove that these people aren’t lying. Mostly heterosexual people occasionally have same-sex attractions, but they are—well, mostly straight. Young people in general, including many who in the past would have identified as straight, are acknowledging complexity in their choice of self-identification. In fact, the “mostly heterosexual” population is the largest non-straight identity group, larger than self-identified gays, bisexuals, or lesbians.

What does this mean?

Even if, for the moment, we simply consider sexual orientation the way we currently do same-sex orientation, we need to acknowledge that the lines are blurred between orientation and gender identity. Gender nonconforming children grow up to be transgender—but are also likely to grow up gay, lesbian, or bi. And what’s up with the overlap between gay, transgender, and kinky? It’s not just a coincidence.

We also have to acknowledge that the heterosexual orientation is not the monolith that we’ve conceptualized, that nuanced versions of opposite-sex attractions and romantic desires exist. What’s next? Finding out that cisgendered people can be gender blended? (I may be wrong, but I think every woman with an inner tomboy understands that.) The categories we’ve been using are way too … categorical. We don’t need boxes to think about sex and gender, we need to visualize a tapestry of interwoven continuums.

What I’m suggesting is we need to start from scratch and develop new models. Arlene Lev’s multidimensional model of gender, described in Iasenza’s paper, comes to mind. Last year I wrote about the term “GSD”—gender and sexual diversities. Some people are using the phrase/acronym (e.g. “the GSD community” or “GSD issues”) in the same way many young people use the term “queer.” It’s meant to be inclusive—of LGBT people but also nonmonogamous, kinky, asexual, and intersex individuals. The term also implies that members of the GSD community have some things in common. Perhaps there are underlying dimensions to sex and gender that unite those with nonstandard expressions, dimensions we haven’t yet imagined.

Politically, GSD is a great idea—there’s strength in numbers—but it’s even better scientifically. It allows us to acknowledge that there are some overlapping variables among the groups that are nonstandard in their sexual practices and desires and/or their gender identity or expression. It also allows us to “throw out” the old categories as incomplete and reductionistic, or at least to hold the old categories with air quotes in our minds. When someone tells me they are gay, transgender, or even straight, I no longer make many assumptions about what that means, because I believe that our existing identity categories are only rough approximations of reality. As the Buddhists say of words, “they are fingers pointing at the moon, they are not the moon itself.”

Sometimes my email signature includes these words from evolutionary biologist J.S. Haldane: “The universe is not only queerer than we suppose, it is queerer than we CAN suppose.”