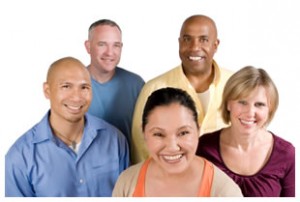 During a recent staff workshop at my school, the presenter shocked and confounded most of the crowd when she used the word “pansexual”. Most of the teachers in the room had never before heard this term. “Bisexual” they could wrap their heads around: someone sexually attracted to people of both genders. But pansexual… someone sexually attracted to people of all genders? A handful of the workshop participants were unable to resist scratching their heads and looking around quizzically.

The truth is, there are scads of people who do not identify solely as male/masculine or female/feminine. They may have strong affiliations with both sides, which puts them somewhere in the middle of the gender spectrum. Or their biology may not “match up” with their internal sense of themselves. Personal identity variations cover a much broader spectrum now than our traditional dichotomous understanding acknowledges.

I created the following chart to describe and clarify concepts of sex and gender coming into common usage, in order to help us all understand the new definitions of “normal”.

Transgender- People who identify with their birth sex, but do not conform to traditional gender expectations.

Androgynous– People who exhibit both masculine and feminine characteristics.

Intergender, Bigender, Ambigender, and Genderqueer are also commonly used, among others.

A category to which every person is assigned at birth based upon their physical and reproductive anatomy. (Not to be confused with sexual activity. The word “gender” is often used when “sex” is truly more appropriate, probably due to sensitive associations with the word “sex”.)

Cissexual– A person whose sex from birth aligns with their traditionally expected gender.

Intersex– A person born with ambiguous physical or reproductive features or organs, or traits related to both sexes.

Transsexual– A person  who changes their sex anatomically to bring it into alignment with their internally experienced gender.

The focus of a person’s romantic and/or sexual attractions. Sexual orientation is not determined by a person’s sex or gender.

Heterosexual– People attracted to the “opposite” sex.

Homosexual– People attracted to partners sharing their same biology (gender may be open).

Pansexual– Interested in any combination of sexual and gender perception and expression.