Is Battling Sex Addiction Really Worth It? 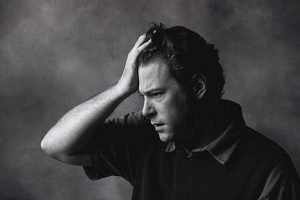 Did you know there are individuals who minimize sexual addiction as a disorder? Regardless, its impact, devastation and pain to the individuals who are struggling with it, their spouses and children along with many areas of their lives cannot be ignored. When we consider that the National Council on Sexual Addiction and Compulsivity describes sexual addiction as a progressive intimacy disorder characterized by compulsive sexual thoughts and acts. Like all addictions, its negative impact on the addict and on family members increases as the disorder progresses.  Over time, the individual struggling with sexual addiction usually has to intensify the addictive behavior to achieve the same results. With that being said, is it really worth the battle?

Yes: If You Want to Break Free from the Bondage, Pressure, Shame and Weight of Addiction
The pressure to cover up the behavior, the choices, the double life can feel overwhelming and like it is too much at times. If you are tired of using your energy, your efforts, your focus and your money on living this way, then it is definitely worth it to take whatever steps are necessary to move to a place of healing and freedom from the addiction.  Whether it is counseling, an intensive program, attending a group, using a computer filter or gaining the necessary accountability, these steps can lift the weight that can suck the life out of you.

No: If You Don’t Want To Do The Hard Work
Let’s be clear: It will NOT be easy! The person battling Sexual Addiction is breaking habits and choices that have been in place, sometimes, for many years. They often have grown comfortable in self- medicating this way, but many individuals can deny to themselves the fact that it will progressively get worse and cost more if the hard work is not done.  However, if that hard work is not faced and almost embraced, there is little hope for breaking free from Sexual Addiction and all the challenges that comes with it.

Yes: If You Want to Learn to be a Giver and Not Just a Taker
As with all addictions, Sexual Addiction is all about the individual trying to get their needs met in an unhealthy way and most often it comes at their own expense and that of others, especially their family. Selfish choices are made that jeopardize money, health, careers, relationships and so much more. The individual that battles Sexual Addiction must walk out a purposeful plan, this will help them learn how to give in their relationships, how to engage with others without looking for taking advantage of them and they also get a sense of what healthy, mutual relationships are for the first time in their life.

No: If You want to Live in Lies, Deception and Rationalizations
For those struggling with Sexual Addiction, it is often rationalized that they are only hurting themselves, especially if it is “only” porn. However, this is just one of many lies they tell themselves so they can minimize the damage that is caused. Remember, Sexual Addiction is progressive and having to escalate the acting out is inevitable and with that will come more lies, more covering up and more pain. It is not easy, but if the one struggling will actually take a minute to see how much of their life is a lie, it is eye-opening and sometimes sobering. But this won’t matter if a plan is not put into place to break the addiction and the deception.

Yes: If You want to Leave a Legacy that Makes a Difference
There are HUGE benefits to the individual battling sexual addiction to do the hard work, to stay committed to their recovery plan, but these same benefits also extend to their family. They can leave a legacy they can be proud of.  After living a life with so much shame, it is powerful to see that by staying in the battle day by day that a life that exhibits honor and respectability can be passed on to children and family. In the times when it is tough, really processing through a life that matters can help get through the rough spots.