Separation and Individuation Among College Students 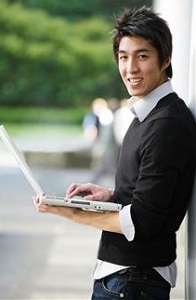 While becoming our unique individual selves takes a lifetime, the transition from high school to college can be a particularly difficult time in this process. For college students, especially if away from home, there are typically expectations of fun, excitement, academic demands, and new challenges of being on your own. With current technology, home is only a call or text or Skype away. Parents can help you move into your new lives and help conquer fears and anxieties about new experiences. They can be reassuring about your abilities academically and socially and give you the home base to move out from in order to develop your grown-up self. Parents can also have ideas about who you are and who you must be that do not leave a lot of room for growth and development or experimentation. In such cases, there can be conflict between what parents want you to be and what you are considering exploring or have not yet discovered.

College is usually thought of as a time to experiment with new ideas and to decide what you want to do with your life. It is also a time to develop parts of your personality. Perhaps you thought of yourself as shy. You may discover that while you are shy at parties, you love to speak publicly as a member of the debate team. People who encounter you as a team member think of you as outgoing and confident in public. Which is really you? It is actually that you are both shy and outgoing. These are two different self states. College can provide many opportunities to discover new self states, some that were suspected of being there, some newly revealed: I can be flirtatious, not my usual socially anxious self; I never used drugs or alcohol this way before; I’m away from my parents and I don’t have to worry about what my friends think, so I feel free to experiment with sex; maybe I’m not such a nerd and can begin to see myself differently as I start over with new friends; I never believed I was really smart the way my parents claimed, but now my professors and peers make me feel like I am really good academically.

There are now so many changes, so many choices and a lot of uncertainty. Who am I? Can I do it? What do I want? What would my parents say? These are normal questions that college students wrestle with as part of a normal “identity crisis.” Sometimes, however, this normal phase of development becomes a crisis that is difficult to manage by oneself.

Jason was a college freshman who did very well academically in high school. His parents were very proud of his math and science abilities and were certain he would continue on as a premed student. Jason had always taken this for granted, no questions asked. He believed his parents wanted and knew what was best for him. Jason left for college with a clear plan of where his life was headed. One day, about a month into his first semester, Jason was with some friends who were trying out for a play, and as a goof he said he would try out, too. He was amazed at how much he loved the experience of reading for the audition. It was an adrenaline rush like he had never experienced. He was shocked to find out that he got the part, and he accepted the role. First, he was giddy with excitement; then he crashed into anxiety and depression. He obsessed about whether to tell his parents. He kept delaying telling them, telling himself that this acting thing was just a lark. Two months into rehearsals, Jason was even more into the acting experience and still hadn’t told his parents. He also had become involved with one of the women in the play. Both the play and this new romance were taking a lot of his time and energy and he was not studying his biology and math like he used to. He was torn between what felt so good to him and what he worried his parents would think. He had decreased phone contact with them from four or five times a week to twice. He also stopped emailing them every day. They were emailing and leaving voice mails that sounded angry and worried. He finally told them what was going on, and as he anticipated, they were very angry with him. They told him he was going to ruin his life. Jason became more anxious and depressed. He started to get drunk almost every night and was barely passing his classes. As his depression made him feel more and more hopeless, he contacted the college’s counseling service.

The struggle to become our unique individual selves—an identity crisis—comes with the experience of growing up. College puts extra pressures on this normal developmental phase of individuation. It is not surprising that college students have high incidences of anxiety, depression, alcohol use, eating disorders, and suicidal ideation. Jason’s experience was not something he could cope with on his own. His conflict between being the good son that his parents knew and loved and this new, unfamiliar person with his own thoughts and feelings and passions about his life was causing great distress. He needed to seek help to manage his increasing anxiety and depression. Therapy provided a place where he could talk and get comfortable with the feelings his newly discovered self states were evoking. Therapy was helping him negotiate these difficult feelings and conflicts and cope with his anxiety and depression.

It is usual for college students to experience anxiety and depression as part of the individuation process. But these feelings need to be manageable. When they are not, when there are feelings of hopelessness, despair, or worthlessness, it is time to seek help. If there are suicidal thoughts, cutting, abuse of alcohol or drugs, bulimia, anorexia, or other abuses of food to ward off intolerable feelings, it is necessary to seek help. Visiting a counseling center at school, getting a referral for a psychotherapist, consulting with a psychiatrist for medication, are steps to getting one’s life growing again.

Some college students struggling with this process may want to seek help even when they are not feeling such severe struggles. Some people thrive and flourish when they get help to navigate these difficult years of growing up and self-discovery. In the lifelong process of individuation, we all have to work at becoming separate individual selves. Knowing when to ask for help is essential.

Related articles:
The Price Paid for Being the Perfect Child
Following in a Parent’s Footsteps
The Undeveloped Self and the Difficulty of Relationship

© Copyright 2010 by By Beverly Amsel, PhD. All Rights Reserved. Permission to publish granted to GoodTherapy.org.