Self-Love for Self-Growth: How Learning to Love Ourselves Can Heal 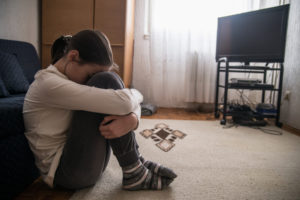 I used to think playing the victim was at the root of relationship difficulties.

People might play the victim because they were victimized one way or another (through neglect, criticism, or worse) growing up. Then, when their partner made a complaint, however mild, they would be tossed back into that mental place of being a victim. They simply could not tolerate anything resembling the painful messages they had received as children.

I still think that’s true. I covered it in my book, and there’s plenty of research to back me up. But I’m also beginning to think there’s more to the story than that.

I think any number of challenges—relationship challenges, yes, but also conditions like depression, anxiety, and addictions—can be traced back to childhood and a lack of self-love that results from not having early needs met by caregivers.

Laura was not a happy child. There was always a cloud hanging over her, even on good days. When she came home from school, her parents were, indeed, interested in her doings. That ought to have been a good thing. But not for Laura. Her mother would inquire how she did on her latest test, and she would turn over the paper to her mom with a big sigh. If it said “87” at the top of the page, you’d think that would be cause for cheers and hugs. But not for Laura.

“See,” her mom might say, “I told you not to wait until the last day to start studying. I know you. You’re smart. You could have done much better than this.”

You’d think the compliment that she was smart would have made her feel great, and motivated to work harder. But not for Laura.

She knew, deep down inside, that she would not have done any better had she spent twice or three times the amount of time studying. As it was, she was already compulsive about getting the work right, so much so that she could literally spend an hour on one math problem. Anything to avoid the critical remarks her mother would make.

In her view, she just wasn’t that smart. And the proof was in the grades she got, which she often felt down about. The other problem nestled in her heart right next to that one was her knowledge her mom didn’t really love her.

How could her mom love her when she was never satisfied? Laura was never good enough. Never. When her mother told her that she was smarter than her grades showed, the message she got was that she wasn’t very smart at all because her grades wouldn’t, couldn’t come up. She was only a B+ student. She would never measure up.

Laura decided to go to counseling when she entered college. She sat in her counselor’s office weekly, crying, frustrating the counselor. “You’re too hard on yourself,” the counselor told her. “There’s no reason for you to have such high standards. You are who you are, and you need to be happy with that. There’s nothing wrong with who you are.” None of these words of wisdom penetrated because Laura knew better, because she just knew who she was was not acceptable.

She dated a guy in college who teased her. He would tell her he wanted to go out and then not show up, or he might ignore her for weeks. Laura’s self-love was so low that she accepted whatever crumbs of attention he gave her. The less he gave her, the more needy she acted. Because she didn’t feel love for herself, she needed others to supply it. But since she had, in her opinion, nothing to offer, she didn’t consider for a minute people who were caring or kind. Only those who were cruel, mocking, or unkind.

She ended up marrying just such a guy, had kids, and remained sad. She would likely be diagnosed with depression, could participate in therapy, and perhaps even seek a prescription, to be sure, but without self-love, she would likely not be able to undo her derogatory attitude toward herself.

Larry was a party guy who started using at 12—the year his parents unexpectedly got divorced. He went from being the apple of their eye to quickly forgotten in the war they had decided to conduct over who-knows-what. He was shuffled from one house to another, and his input was never asked for or considered.

He began coming home to an empty house at 13, expected to take care of himself. He could definitely put some cheese on a slice of bread and pop it in the toaster for supper. If he wanted to watch TV instead of doing his homework, he could do just that. Other kids might think the freedom he had was wonderful, but he knew better.

With no one home and no one caring for him, it was a logical move for him to get together with his friends and party. Drinking and drugs were a good way to not feel alone, to not feel neglected, to not feel much of anything. He could laugh and be silly while on a high and drink some more when he got sober.

He was eventually kicked out of high school.

Larry isn’t the only child to struggle in this way. One child interviewed by Judith Wallerstein, the eminent researcher on divorce, said “‘Most of my trouble is during the day when Mom’s away. Coming home to an empty house got me into drugs and alcohol. I couldn’t stand the emptiness.'”

But wait a minute. What’s the connection between an empty house and a desire to escape from it? I love to sit and work in my empty place. It’s so peaceful and pleasant. Why didn’t Larry feel that way?

The answer is that we learn who we are through the messages we receive from our parents. The message a parent thinks they are sending out may not be the message the child receives, and this can cause problems.

For example, in Wallerstein’s study, which followed 131 children from as young as 4 years old for 25 years, one child commented, “My mother told me she was leaving my father because he drinks. ‘Drinks what?’ I wondered. ‘Orange juice?’ Even if her mom had explained it was alcohol, that may not have helped. The child was too young to understand the connection between alcohol and violence. Furthermore, even when children were quite aware of the violence, they did not understand it to be a good enough reason to break apart the family.

With no information, no encouragement, little attention, and otherwise-absorbed parents, a child naturally thinks they were the cause of the divorce. Even when told they were not, a lack of positive parental attention is precisely what leaves the child with a feeling of emptiness within the self, and an empty house is only a reflection of what the child is likely feeling.

Why is anybody needy?

In my opinion, when a person does not love themselves, they cling to someone who gives them small doses of love, because even these small bits are better than what they can give themselves.

Parents who give too much to their children can paradoxically create needy children. Let’s take Jon. He comes home with a science project and whines about it. He knows what that whining will produce, and sure enough, it works like a charm. His father, a good-hearted individual, feels for his son and decides to “help” him with the project.

By the time the project is completed, Jon has watched his father do the entire thing. How does Jon feel? Clearly, he feels like a failure, a nothing. He did nothing and cannot take pride in that project. If his parents “help” him too much, this is likely to make it difficult for him to do anything on his own. He will begin to feel like the only way he can “be” in this world is if someone else is the doer, and he simply takes.

It’s certainly not his fault.

Then there’s Clara whose parents fought too much to pay attention to her. When she could get out of the house, she hung out with friends. That was a good way to feel wanted. The problem there is that the people she gravitated to had the same problems as she did. It’s hard for empty vessels to fill one another: They don’t have anything to fill with.

Murray Bowen, a 20th-Century family systems theorist, addressed this issue. Although Bowen did not use the word “needy,” he was struck by how, in some families, people were dependent on and reactive to each other. In those families, there was more drama, as one person’s behavior would cause an automatic, emotional reaction in another person.

He described people in such families as having a low score on a scale of “differentiation of self.” More differentiated people would not react as emotionally to things said or done by others in a family, because they had an inner sense of “self” in sufficient degree to not be emotionally affected.

Bowen’s term “differentiation” describes a process of forming an independent, or actually, interdependent self. We could simplify this by saying that a differentiated person is one who has self-love and a person we would call “needy” is low in differentiation of self.

The difference between people high and low in differentiation of self—their degree of emotional reactivity—can also be viewed as a result of sufficient or insufficient self-love.

What’s useful about bringing in Bowen’s framework here is that it can allow us to consider his statement (you may or may not agree with it, but I find it both astounding and uplifting): There is no such thing as mental illness. What looks to us like mental illness is, instead, the result of an extremely enmeshed family in which one person’s behavior calls forth a dramatic emotional and subjective response from someone else in that family.

Bowen further believes we are all on a continuum of differentiation; schizophrenia is simply an example at the extreme end. Or, as he says, we all have a little craziness in us.

Why is this uplifting?

Whether we experience depression, addictions, other forms of what people call “mental illness,” or plain old neediness, the lack of self-love may lie at the root of it. And self-love can be learned.