Self-Injury, Black Youth, and the Perils of Cultural Stigma 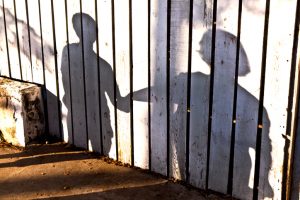 Discrimination, bias, and minority stress increase the mental health vulnerability for many African-Americans (USHHS Office of Minority Health, 2016), including African-American youth. As an attempt to cope with overwhelming stress or emotions, some African-American youth engage in self-injurious behavior, such as cutting. As defined by the International Society for the Study of Self-Injury (ISSS, 2016), self-injury is “the deliberate, self-inflicted destruction of body tissue without suicidal intent and for purposes not socially sanctioned.” Parents often feel at a loss for understanding these behaviors or accessing appropriate services for them.

According to information from ISSS, 12% to 24% of young people engage in self-injury; however, much of the attention related to cutting focuses on the experiences of white youth, while only a small amount of research on self-injury explores the experiences of ethnic minority youth (Gratz, Latzman, Young, et al., 2012). Consequently, cutting may seem like something done only by white youth. In fact, many of the African-American parents I see in my practice express surprise at their child’s self-injurious behavior, believing cutting was not something in which black youth engaged.

Viewing cutting and other acts of self-injury (hitting, burning, scratching, biting) as a “white thing” is problematic for a number of reasons. First, African-American parents may be in denial of the seriousness of their child’s emotional well-being and thus delay seeking treatment for their child. Second, African-American parents may feel embarrassed about their child’s behavior, seeing their cutting as a reflection of their parenting, which can also promote delayed entry into mental health services. Third, African-American youth are faced with consolidating their identity, including integration of their racial/ethnic identity. A challenge faced by some African-American youth is being accused of “acting white” or “not being black enough.” Viewing cutting as a white issue adds unnecessary challenge to the already stressful process of ethnic identity development.

The idea of strength within the African-American community has been effective in persevering through historical and present-day hardships. However, the idea of perpetual strength provides little space for African-American youth to express the distress they feel; hence cutting becomes a viable option.

Unknowingly, African-American parents can also promote stereotypes that get in the way of getting effective help for their children. Comments such as, “You are better than this” and “You don’t have any reason to do this” are meant to motivate changed behavior in their child. However, such comments unintentionally communicate the expectations that African-American youth should be stronger and that negative internal or external stressors should not affect them. The idea of strength within the African-American community has been effective in persevering through historical and present-day hardships. However, the idea of perpetual strength provides little space for African-American youth to express the distress they feel; hence cutting becomes a viable option.

Punishing youth for their self-injurious behavior can also backfire. Again, well-intended parents may use punishment as a means for curbing cutting behavior. But punishment also runs the risk of their child becoming better skilled in hiding their self-injury. If parents are aware of cutting, they can talk with their child about it and seek solutions. However, if an adolescent or teen becomes skillful in hiding their cutting, precious time is lost in addressing the real needs of their child. Furthermore, the child is likely cutting because they feel bad; punishing them or inducing guilt or shame is likely to only make them feel worse.

Fortunately, there is a growing push to end cultural stigma associated with mental health services, making counseling services more accessible to African-American families. Research is better extending to the specific needs of African-American youth. In fact, one study in the United Kingdom found that young black females were more likely to engage in self-injurious behavior than other groups (Cooper, Murphy, Webb, et al., 2010).