‘Self’ and Spirituality: An Opportunity to Go Beyond 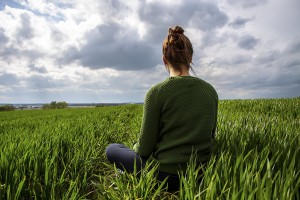 When spiritual material comes up, whether in a therapy session or out in the world, it can be challenging. One, because everyone has their own spiritual material and practices, including atheists. And two, because issues related to spirituality seem to be held tightly. While many of us subscribe to personal equality and freedom in a political sense, in terms of spirituality we often feel there’s one truth—the one we have—and that our obligation is to share it with others who may not have heard the word yet. It’s as if you can support whatever football team you choose because there are a lot of them, but there’s only one spiritual dispensation. It’s a place where in-session countertransference thrives and outside-session conflict does not. A concept that supports effective work with a diversity of therapy consumers is that of the Self.

The term comes from depth psychology (for readings here, see Carl Jung’s Aion, Edward Edinger’s The Creation of Consciousness, or Lionel Corbett’s The Religious Function of the Psyche). It refers to the organizing principle in the psyche that operates on identity, on unconscious processes, and on our picture of the world, integrating them into a unified whole. It’s often called “the God image” (with the stress on “image”) to differentiate it as a psychological reality from God in the cosmological sense. Here it’s useful to think of the “higher power” of 12-step recovery. In 12-step, the term is allowed great open-endedness, and can refer to “God as I understand him,” my home group, or my revered grandmother. It’s a fluid concept.

Fairy tales take this fluidity a step further. Here, the Self manifests differently from one fairy tale to the next. It can show up as human (the wise old man or woman), animal (the talking fox or golden bird), supernatural being (fairy godmother or the Devil), or as an object to be found and retrieved (the water of life, an apple from the tree of life). In this light, consider the following examples.

Each of these people has a relationship to something that provides a sense of order, direction, and support in challenging times. Yet while Ben and Carla could be said to have a relationship to the figure of a deity, how would we describe what sustains Jim or Steve? What about Richard?

The concept of the Self provides the therapist with the means to work effectively with a wide spectrum of people and spiritual experiences. Each person is met on their home ground. It also provides a method for strengthening a person’s relationship to their spirituality. This is the case whether the individual relates to the Self as an other (such as Buddha or Eleggua), as a practice (such as dream-tending or writing), as a code of ethics (such as the right way to engage with a partner), as an environment (such as wilderness), or as a transpersonal object (such as the quasi-personified poem).

By checking in on how the person feels relative to what they are doing in life, proximity to the Self can be tracked. John reports that, outwardly, everything is going well—good job, his daughter has just started college, the relationship with his wife is on good footing. Yet he feels dissatisfied, inauthentic, and is always tired. Ryan has HIV, significant challenges to his health, and lives in Section 8 housing on a fixed and limited income. But his attitude is characterized by gratitude and compassion, and he regularly acts on a desire to be of service to others. Something in his life supports him in the face of challenging situations.

If feeling allows us to track where a person is in relation to the Self, then by the same token behaviors can help navigate that relationship. What we do or don’t do can increase, maintain, or decrease proximity.

Ryan is active in 12-step recovery and acts as a sponsor. He also meets with newly sero-converted people and speaks to their concerns from his position as a long-term HIV survivor. These actions appear to be consistent with his values. John comes to the realization that his job, while providing status and a good income, doesn’t support his values or provide expression for a long-neglected aspect of his identity. He’s not sure what will, but he notices that the feelings of being empty and inauthentic weren’t so prominent when he did some volunteer work last Thanksgiving. The idea of quitting his job and volunteering full time at a homeless shelter is scary and financially impractical. But he consults the feelings he had when serving holiday meals to homeless people—engaged, hopeful, energized—as he begins to consider what kind of change he wants to make. He doesn’t know what he’s going to do, but he’s moving toward a closer relationship with the Self.

Distinct from the promptings of religious tradition that tell us there is only one way for everyone, the relationship to the Self moves us on a very personal path toward experiences of wholeness and of being deeply centered. A longing for this kind of experience and the work that helps to realize it is what led many of people to therapy, or the practice of therapy, in the first place.