Seize the Moment: Is It Time to Reprioritize? 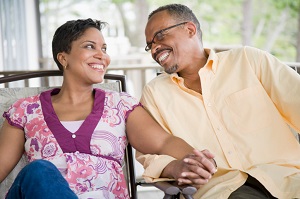 In every family’s collective life, there exist certain moments which may dictate where that family goes from that point forward—births, deaths, marriages. Life cycle changes of all differing types. Moreover, there may be times when emotional feelings of each family member may become so great that they become blind to these moments.

I saw a couple several years ago who were wonderful examples of this concept. They fell in love while in college and dated for six years before getting married. They had been married for two years when they decided they wanted to have children. Seven years later, they remained childless, despite multiple infertility treatments of all different types, as well as a failed adoption attempt.

The burden that resulted from these experiences was incalculable. Their resentment and grief extended to each other, themselves, and virtually everyone they knew or were close to. Their intimacy shattered, and quickly it became evident that they were repelled from one another. Yet, they continued to have sex in an effort to procreate. Each admitted that they hated the designated time period, as it served only as a reminder of their perceived failure up to that point. They finally came to see me when they admitted that they were considering divorce and separation, as the relationship itself had become far too painful.

As I met with them, we reviewed what things had occurred in their lives while attempting to have children. Each partner was educated, and they both received master’s degrees in their respective fields. The husband got several promotions at work, while the wife was highly successful in her career, but quit after it became apparent that she either had to accept a promotion which would require travel, or quit with the intention to remain home and have kids. They purchased a home and filled the home with several pets, as a substitute for child-raising. Extended family members also had children during this time, but the couple avoided these interactions, as well, as they were again reminded of their infertility.

All of these moments can be viewed as categorical life stages that the couple experienced, but they remained shielded from them due to their desires to become parents. Smaller moments too, were experienced or avoided as applicable. They stayed home most evenings, watching television or doing research on available infertility treatments, or the process of adoption.

We began to discuss how much of their lives were being missed and ignored. Opportunities to grow and experience one another faded away, and were blinked out of their lives as time passed on. The couple began to resent these missed opportunities, as well. They hated who they’d become, and they realized that living this way would make them horrible parents if they ever did have children. Each admitted that they’d become horrible partners to one another, as well. And each committed to doing something about it.

It was in this way that I was reminded of the competitive instincts which lie as potential blessings for all of us. It is at that moment that we recognize that the pain of remaining the same is far more tangible than the pain of change that we capitalize on our competitive drives. We recognize the rareness of every moment which passes our lives, and the brevity that we exist on this planet.

I showed the couple an infographic as a visual depiction of the length and breadth of human existence on earth. To me, it shows how these moments may be exceedingly brief. However, that does not minimize the importance and meaning behind every human life. Rather, quite the opposite: brevity highlights how much these moments can change the lives we experience and how these experiences are shared with those around us. Are we focused on maximizing the moments of our lives, or are we content to merely let them pass around us?

The couple I saw never did have children. However, they also did not split up. They began to examine what their priorities in life were now, ones they had been ignoring for so long. They went on dates, because their marriage was important to them. They regained communication with extended family, because they missed their company, especially their young nieces and nephews. They reinvested in their lives, and vowed to stop grieving over potentials, and become present and mindful of their actual experiences. And they loved it.