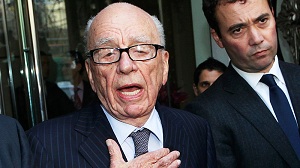 Mercer Mayer authored a series of children’s books entitled The Little Critter Series. I used to read these wonderful and inspiring books to my children when they were young, and was able to draw profound life lessons from them to share with my budding adults. They learned the art of sharing, how to demonstrate respect and that sometimes, saying “I’m sorry,” just isn’t enough.

In light of the recent apology by Rupert Murdoch for the illegal and immoral actions of phone hacking by his staffers, I thought it quite appropriate to write about apologies and the power they do and do not have to right a wrong. In the case of News of the World, it was not merely insinuated that an apology be given, but it was demanded, and most likely was a last ditch attempt by Murdoch to salvage any public and political influence he might ever wield in the future. His apology that ran earlier this week in The Guardian was short and to the point, to put it mildly. He said, “We are sorry for the serious wrongdoing that occurred. We are deeply sorry for the hurt suffered by the individuals affected. We regret not acting faster to sort things out.” And then he added, “I realise that simply apologising is not enough.”

You bet it’s not. He does go on to say that his organization will be taking “concrete steps to resolve these issues and make amends for the damage they have caused.” But does that really have any impact whatsoever on the thousands, maybe tens of thousands, of people whose privacy has been violated? Does it re-privatize information that has been viewed by millions of readers, information that should never have been made public to begin with? Does it even begin to instill a sense of security in those whose lives have been altered, damaged and exposed? I don’t think so Rupert.

Unless the apology comes with sincerity, genuine remorse, a willingness to admit all culpability and the commitment to change behaviors, it’s not worth the paper it’s written on. When a husband cheats on his wife and apologizes, I don’t think she feels all warm and fuzzy inside because he said those magic words. When he accepts his rightful role in the blame, tries to empathize with her feelings and the pain he has caused, and decides to do whatever is in his power to address the issues behind the affair and change them, then maybe he’s got a shot.

Society has made apologies as fraudulent as the people issuing them. Rarely are we exposed to genuine regret when a public apology is issued. We utter apologies as casually as we say “God Bless You,” when someone sneezes. And I doubt most of us mean either one. But in the case of harmful, hurtful acts, it is imperative to apologize. Even if the offender does not see the full measure of the wrong they have inflicted, the recipient of the apology needs to hear those words spoken sincerely and with import. The authenticity of the apology can be delivered over time through commitment, resolve and actions.

When trust has been lost in a relationship, an apology is the first rung on the ladder toward rebuilding that foundation. When an abuse survivor receives an apology from their offender, it does not take the pain away. It does not bring back their lost childhood. But it fills a void that needs to be filled. It allows them to reconcile with the part of their mind that has been shouldering the blame. An apology is often the first ingredient in the recipe for recovery.

Apologies have a significant psychological impact on people. Expecting an apology that never comes can cause someone to feel frustrated, angry and even outright perturbed with the aloof person. When we do not feel vindicated, we feel victimized. And no one likes to be a victim. Not everyone will be able to apologize either. Some people have it hardwired into their psyches that accepting blame or admitting flaws makes them weak. Others cannot honestly see their role in the situation at hand. Waiting for an apology from someone like that can be an exercise in futility.

If you feel like you are owed an apology, ask. Do not let it fester inside you. Do not gossip and disparage the offender. Do not act out in ways that satisfy your need for revenge. None of those actions will quell your craving. And worse yet, they may result in something that you have to apologize for.