Rising Suicide Rates Among Children, and Other News 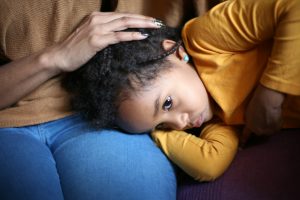 Children ages 10-14 are now as likely to die from suicide as they are from traffic accidents, according to new data from the U.S. Centers for Disease Control and Prevention (CDC). Suicide rates in this age group doubled between 1999 and 2014. The new statistic is also partially due to a drop in motor vehicle accidents in the same time frame.

Suicide rates among most groups have increased to a 30-year high, according to data from the National Center for Health Statistics. Suicide has also dramatically increased among white women, narrowing a longstanding gender gap in suicide.

News of the climbing suicide rate among children comes in the wake of research pointing to inadequate care for people who survive a suicide attempt. People who attempt suicide are at a heightened risk of doing so again, particularly within three months to a year following the attempt. A new analysis of suicides in a Minnesota county highlights how likely suicide attempts are to lead to suicide deaths. When researchers adjusted data to account for people who died with their first suicide attempt, they found the overall death rate associated with suicide attempts was 59% higher than previously believed.

Mental health experts have long emphasized the importance of taking suicidal thoughts and feelings seriously. People with depression, relationship difficulties, or a history of substance abuse are particularly vulnerable.

The “falling back” to standard time that happens in many areas every autumn can undermine mental health and societal stability. Disruptions in sleep can erode psychological well-being, and research has shown the change in time is associated with an increase in car accidents and heart attacks. An increase in crime is also associated with the time change. To add to these associations, a team of researchers last week found a link between the return to standard time and an increase in depression diagnoses around the same time.

Brain studies of people with bulimia and anorexia suggest common appetite patterns may be reversed. In people without these diagnoses, the hypothalamus stimulates appetite. Among those with anorexia or bulimia, other brain regions appear to override hunger signals, suppressing the desire to eat. The study’s authors say this finding shows physiological evidence for a “mind over matter” effect.

Many studies point to active sex lives among women in their sixties and seventies. However, a new survey of more than 1,500 Australian women shows low sexual desire is a common problem in this group, with 88% of older women in relationships reporting low sexual desire. More than 15% reported personal distress related to their sexual relationships.

Traumatic brain injuries (TBI) can cause both short-term and long-term differences in thinking and cognitive functioning. These changes include memory difficulties, impulse control problems, and an increased risk of mental health issues. According to new research, a TBI survivor’s stem cells could reduce the neuroinflammatory response associated with TBI, thereby reducing symptoms.

Can You Be Ruled Mentally Unfit to Vote?

Thirty-nine states and the District of Columbia place restrictions on who can vote, permitting the revocation of the right if a person is deemed mentally unfit. Definitions vary from state to state, and though only a court can adjudicate someone to be mentally unfit, appeals rights also vary. This raises concerns about the right to vote among those with cognitive differences or mental health diagnoses. For those with slow-moving mental health issues, such as dementia, it is uncommon for their mental state to be brought up in a court without the occurrence of some inciting incident. People with these types of mental health conditions are also allowed to bring caregivers along with them when voting.

Washington state has overwhelmingly passed initiative 1491, which allows a process for family members, police officers, and others to formally ask a judge to deny firearm access to people who are deemed a danger to themselves or others. Washington’s initiative was one of four gun safety proposals on ballots across the country this year. These proposals seek to counter increasing instances of domestic violence, shootings, and suicide.