Revenge Can Feel Good to People Who Experience Rejection 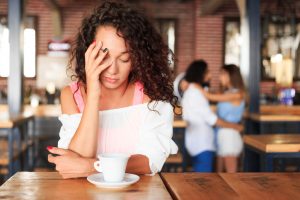 People who feel rejected may engage in retaliatory aggression, according to a study published in the Journal of Personality and Social Psychology. The findings also showed exacting revenge can improve mood.

Many people who feel they have been wronged experience a natural desire for revenge as a way to seek justice. Understanding which experiences trigger a need for vengeance could help reduce violence and interpersonal cruelty.

Revenge: Pleasurable and Triggered by Rejection

The study sought to explore how rejection affects the desire for revenge. Previous research has found a link between seeking revenge and a desire for status and power. The new study supports previous findings, pointing to a role for revenge as a coping mechanism to avoid shame.

Researchers conducted six trials on 1,516 participants. In one study, 154 students took a placebo pill. Researchers told them it would make their mood stable and unchanging. The students then played a computer game in which they passed a ball back and forth with two other “players,” who were pre-programmed computer responses.

One group was rejected by the other “players.” Compared to a group that received 15 of 30 passes, the rejection group received just three passes. Investigators asked participants to rate their rejection. Participants then had a chance to retaliate during a race to hit a buzzer. Faster participants could punish the slowest participant with a loud blast of noise. The loudest blast went up to 105 decibels—similar to the volume of a jackhammer.

The study’s authors highlight the clear correlation in the trials between rejection and aggression, as well as a link between revenge and the desire to return to a more stable mood.