Resolution to Change: A Slow and Steady View of Therapeutic Transformation 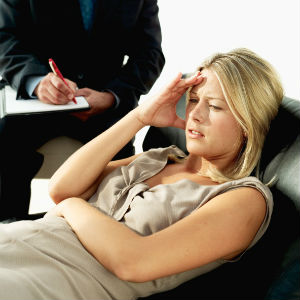 As we enter a new year, we cannot help but gather a new resolve to make changes in our lives. It is a phenomenon of our culture. It is also an expression of natural rhythms of life.  Perhaps, even further, it is an indication of hope—if not faith—in something more.

We desire change for common reasons. We desire change in response to desperation in our lives, conflict or distance in relationships, or otherwise frustrated attempts gone unfulfilled.  Perhaps our resolve is intended to restore a wholeness once known but nearly since forgotten or reawaken a misplaced passion somehow lost along the way.

Such restoration is represented by C.S. Lewis in The Chronicles of Narnia.  In the story of The Lion, The Witch, and The Wardrobe, Aslan, the noble lion, comes to reverse the curse on Narnia.  The initial sign of Aslan’s activity in the land is seen in the melting of snow.  “Winter began stirring backwards.”  Sun peaked through dark clouds.  There is a rise of hope and anticipation of the dawn of a new day. “Spring is in the air.”

When clients enter therapy amidst distress, snow is so often still covering the ground. There exists some cold force keeping it “forever winter, yet never Christmas.”

I notice when individuals arriving in the therapy room attend at the behest of another and recognize that their duress should not be mistaken for an openness to change.

Openness to change, when it comes, is a first step toward Spring. It comes about in its time, but it is not for the therapist to know the time, to mandate it, or to instigate it. The clients may need to enter in the midst of ambivalence about change and their role in it.

Clients should be provided freedom to express skepticism toward therapy and the possibility of change. A therapist’s posture of curiosity—and in some cases respectful confrontation—toward such reticence can lead clients into a mode of contemplation, a fundamental early stage in effective therapy. Miller, Duncan, and Hubble (1997) suggested, “Expressing the understanding that change requires time, thoughtfulness, and sometimes radical accommodation takes the pressure off and gives the contemplative client the space and support to commit to change (p. 98).”

Courage has an often under-acknowledged presence amidst the slow-moving current of wavering openness and tentative contemplation. The theologian Reinhold Niebuhr is known for originating a certain prayer: “God grant me the serenity to accept the things I cannot change, courage to change the things I can, and wisdom to know the difference.”  The task of therapy is, in large part, one of empathy and its by-product, encouragement.

Surrender, in the context of therapy, is an expression of courage. There is a myth of self-sufficiency leading many to believe that this can happen alone. Courage is an arbiter of peace and resolution in our lives and often occurs in response to those who help us to it.

May (1982) described the role that will plays in human development toward maturity:

“Children struggle to gain autonomy from their parents. They inevitably overdo this at one time or another and—at least temporarily—become self-centered and willful brats.  But we hope they later find some balance with willingness. This striving from submission to mastery and back to a mature middle ground of willingness is a perfectly natural sequence of human growth.  Children do it.  Nations do it.  Civilizations do it.  And, in different dimensions of our lives, we human adults keep on doing it.  The problem is that nations, civilizations, and adults seldom do it was well as children.  More often than not, we become stuck far too long in the willful phase (p. 13).”

When clients are left themselves to acknowledge their own position, they are primed for a more active choosing. Miller (1986) observed, people will “persist in an action when they perceive that they have personally chosen to do so (p. 71).”  When, instead, therapists place undue pressure onto a client’s posture toward a certain behavior or mood or value, then clients recoil in protection rather than surrender.

In The Sickness Unto Death, published in 1849, Kierkegaard contended that despair in its many forms is always a manifestation of our lives being somehow less than what they were fully intended to be.  “Despair” as Kierkegaard described it was not the opposite of perfection. Rather, he might have described it as the opposite of integrity. A journey toward integrity pursues authenticity rather than toward achievement or acquisition.  Success rarely offers resolution. Authenticity, on the other hand, is nothing less.

Transformative change occurs in the lives of those who are open to it, who turn their will toward it, and who surrender their own self-protective artificialities and fears to a grander scheme aimed at responsibility over reservation, action over excuse.

In a personal journal, Dag Hammarskjold (1964) wrote, “I don’t know Who—or what—put the question. I don’t know when it was put. I don’t even remember answering. But at some moment I did answer Yes to Someone—Or Something—and from that hour I was certain that existence is meaningful and that, therefore, my life, in self-surrender, had a goal.” And so it is that faith can provide the transformative catalyst surrender requires.

Ultimately, good seasons of life, seasons of change, seasons of resolution, come about not just in waiting and never merely through new learnings or in the girding up of commitment or will. Change demands great preparation and care and reverence.

It is surprising to many that when transformative changes do occur, they often come in subtle ways and bring with them simple joys, almost unexpectedly.  John Steinbeck (1954) wrote, “Change comes like a little wind that ruffles the curtains at dawn, and it comes like the stealthy perfume of wildflowers hidden in the grass.”

As we forge ahead into yet another new year, may we find ourselves in slow and steady movement toward Spring. And may we revel in every evidence of constructive change, in our lives and, as therapists, as we sit with and contemplate change with our clients.  For it is in so doing, and in the courage produced by the memory of it, that despair melts away, hope is renewed, and in time, that faith—like a lion— comes roaring.