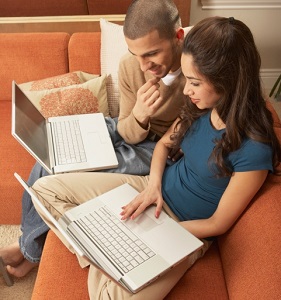 With its status updates, photo uploads, event invitations, groups, games, messaging, and more, Facebook provides users with several means of social interaction, however virtual they may be. In fact, it is rare these days to befriend someone in the real world without soon becoming that person’s Facebook friend. Naturally, it follows that communications experts are interested in how our interactions on the site influence the intimacy felt between friends and romantic partners.

A recent study published in Cyberpsychology, Behavior, and Social Networking and conducted by assistant professor Bree McEwan of Western Illinois University (WIU)’s Department of Communication examined the effects of how someone handles their Facebook relationships on the quality of his or her actual friendships. Using a statistical technique called the Actor Partner Interdependence Model (APIM), McEwan analyzed relevant relational data.

Not surprisingly, the results revealed that such actions as liking a friend’s status update or posting on his or her wall to express feelings of love, support, or congratulations boost the closeness and intimacy felt within that relationship.  However, posting mass “broadcast-style” status updates tends to evoke “negative relational outcomes,” especially concerning Facebook friends who aren’t in the habit of posting their own mass status updates.

McEwan reported that overall, Facebook usage itself has little impact on friendships; it’s the way in which we communicate on Facebook that is either beneficial or detrimental to relationships. Most people prefer thoughtful, personalized interactions as opposed to being acknowledged in group updates.  In other words, showing personalized Facebook love leads to increased intimacy, while broadcasting personal business in an impersonal way may hinder feelings of closeness.

A prior study led by assistant professor Christopher Carpenter, also a member of WIU’s Department of Communication, explored the impact of Facebook behavior and interactions on romantic relationships. Published in the July 2013 issue of Computers in Human Behavior, his research showed that those who post and appear in more photos with their partners on Facebook and who tag their partners in status updates tend to experience more closeness and intimacy in their relationships than those who do not. He also discovered that longer lists of interests on people’s profiles corresponded with having multiple past romantic partners.

He explained this last bit by acknowledging that people tend to assume certain personality traits as well as the likes and dislikes of their romantic partners while involved with them, and in many cases, they continue to hold onto these long after breaking up.