Rescuing the King: Living the Relationship with the Self 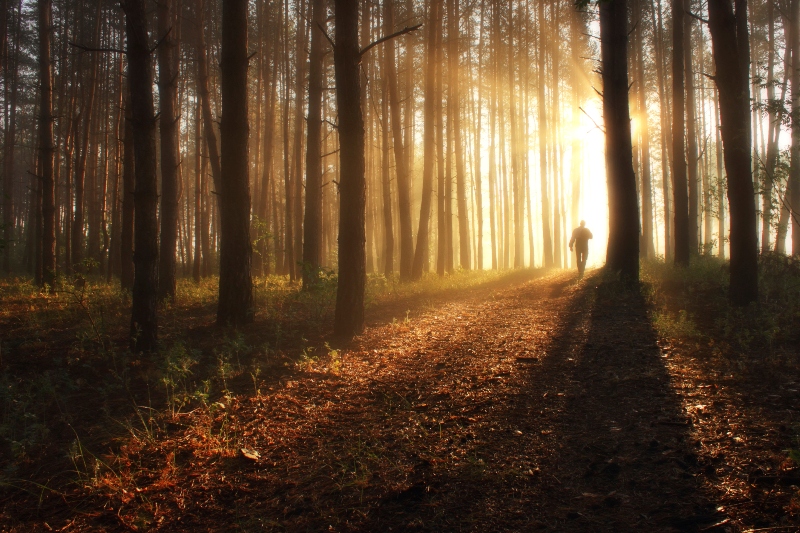 Depth psychology often makes reference to alchemy. In the alchemical tradition there is a story about a king, far out in the sea, who calls to a man on dry land to rescue him. If the man will take the risk, the king promises, he will reward the man “even to giving him the half of my kingdom.”

This story is a mirror image of Psalm 69, in which David calls out to Jehovah from “deep waters.” Here a man calls out to God. In alchemy it’s often the God image that calls to the man or woman to recover it from the deep waters—or, put another way, to retrieve it from unconscious projection and enter into a conscious relationship with it. The God image, often called the Self, is the principle of organization in the psyche. The call comes at a certain age to start taking life in all of its depth seriously, to live according to your values, to become the person you’re born to be.

While the original images referred to male figures, the material we’re going to consider is from clinical work done with a woman. So we’ll refer to the figure of a queen here. No real names are used, and all uniquely identifying elements have been filtered out.

Jill is in her mid-thirties when she starts coming to therapy. She’s an artist, a painter, though financially supported by an older and long-term partner. She comes in for treatment of depression and anxiety. In one of our first conversations, Jill notes that she’s a “trophy wife.” She tells me this with some pride. It gives her a certain amount of detachment in the relationship. It also balances her partner Frank’s having the money, and seems to level the playing field. However, Frank is significantly older than her and doesn’t take the best care of himself health-wise. Jill is “haunted” by a recurrent memory of an older woman she saw outside of a 7-11 late one night, wearing a short dress and to Jill’s perception trying to connect with anyone who would respond. While Jill watched, no one else did.

At first Jill ascribes the fear to her financial situation. “If Frank dies, I don’t have any way of supporting myself,” she says. I acknowledge this. We spend some time identifying her strengths and skills, teasing out what kind of work she might be drawn to.

Gradually, Jill discloses her concerns about aging. For someone who identifies as a “trophy,” this might well be an issue. Yet Frank, it turns out, sincerely admires her, and the relationship seems solid when we examine it.

Jill has lived as a young woman for a long time. The role of young and lovely partner is just one aspect of this. Another is that she has only ever needed to maintain nominal employment, a few hours a week as a waitress or a receptionist, easily set aside in order to take another art class. Her main pursuit has been her painting. And yet here as well, her focus has been on being a student rather than pursuing a career as a graphic artist or establishing relationships with galleries.

The image of the old woman, or of what Jill fears she’s going to become, is an example of the king—here, queen—calling from the deep. The Self is projected into the environment where Jill experiences it as another person. But we can see that the figure meets the description of the Self as an organizing principle. This is in Jill’s fear that she will end up like the woman. One consequence of the projection of the queen is that it means Jill isn’t working with her, and in this projected form isn’t able to work with her directly. She can only react to the image.

I share this with Jill. She doesn’t have quite the same regard for alchemy that I do. Still, we’re able to move a little deeper in our work and address her concerns about aging. This leads her to think about more stable employment. While she considers this, she begins to take her painting more seriously as well. Whereas before it was a source of pride that she painted only when she felt inspired, she now puts in regular hours every morning.

She takes on more hours at the office where she’s previously worked as a receptionist. She also works two evenings a week at a restaurant that caters to a fashionable crowd. This busier schedule, while increasing her income, increases the number of hours she spends with other people. This leads to some conflicts. The relationship with one manager in particular is problematic.

As we begin to address some coping techniques for stress, I ask as I always do what she’s doing or has done previously that works best. To my surprise, Jill tells me that sometimes when she’s stressed she sees herself as a white-haired older woman, sitting peacefully in a garden. It’s a brief image when it comes, but whenever it occurs she feels better and calmer.

I ask her if we can invite this older woman into our session. Jill is willing. With Jill “speaking for” the older woman, I interview her. Jill’s queen sits in her own garden of orderly flowerbeds amid a green lawn. She often seems to have some work on her lap that occupies her, some kind of needlework. While she’s Jill as a serene old woman, she also incorporates one of Jill’s grandmothers, as well as hints of all the wise and serene old women Jill has glimpsed in novels and films. I ask Jill how she accounts for her response to this figure. She doesn’t need to think about it very long. “It’s because she’s me as an old woman,” she tells me. “So just looking at her, I know that whatever I’m worried about now turns out all right.”

Here again we meet the queen, not unconsciously projected out into the world but as an inner figure with whom Jill has a relationship. And while this isn’t Jill’s language—nor does it need to be—the queen acts to organize Jill’s experience. This is both figurative and literal. Jill draws the conclusion that things she’s worried about in the present will in time be resolved in such a way to support both feelings of peace and contentment and an established place in the world—it is the queen’s own garden in which she sits, after all. And more immediately Jill experiences feelings of peace and decreased upset and anxiety when she consults with this figure.

In the course of our work, Jill continues to shift her investment from the identity of the young, uncommitted woman to the committed artist. We refer to the old woman in the garden from time to time, on one occasion interviewing her directly for some guidance for Jill about selling one of her first paintings. We also occasionally mention the old woman outside the 7-11. But the energy of this figure has decreased considerably, and when Jill mentions her it’s most often to measure the distance she’s come from her. The queen is being retrieved from the deep, and true to her word, she shares her riches with the one who risks the waters to retrieve her.