Report Shows Decline in Substance Use Among Teens 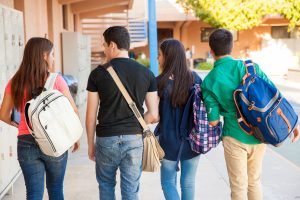 Teen use and abuse of drugs such as alcohol, tobacco, and prescription drugs is declining, according to the 2016 Monitoring the Future survey.

Amid a nationwide prescription and illicit opioid epidemic, teen use of opioids has declined. In 2014, drug overdose deaths reached a record high of 47,055. Nearly 29,000 of those deaths were due to opioids.

The survey has monitored attitudes and behaviors among kids in 8th, 10th, and 12th grades since 1975. More than 45,000 students from 372 public and private schools participated in the 2016 survey. Use of illicit and prescription drugs was at its lowest rate since 1991. Highlights of the study include:

With increasing concerns about illicit and prescription drug use in the U.S., a related study published in JAMA Pediatrics found newborns are increasingly being born with an addiction to opioids. The increase is most pronounced in rural communities, where neonatal abstinence syndrome—problems that can occur as a result of being exposed to opioids in the womb—increased from 12.9% to 21.2% between 2004 and 2013.