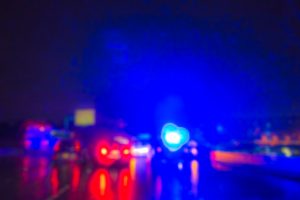 Police officers are more likely to use force against black individuals than white individuals, according to a Center for Policing Equity report. Previous research suggests that blacks are disproportionately subjected to police stops and searches. Earlier this month, GoodTherapy.org reported on a study which found that police are more likely to search blacks during traffic stops, even though whites are more likely to be found with contraband.

The study comes in the wake of a new round of protests against police use of force. The protests were triggered by graphic videos of two separate incidents in which police shot and killed black men: the July 5 shooting of Alton Sterling and the July 6 shooting of Philando Castile.

How Is the Use of Force Disproportionate?

One urban county and 11 large and middle-sized cities were analyzed. Among these communities, one had a predominantly black or Latinx population, five had a diverse population (each group made up less than 50% of the population), and six had a population that was predominantly white.

The study found that police used force—such as tasers, guns, or night sticks—against blacks 3.6 times as frequently as they did against whites. Factors such as the severity of the crime or the violence of the suspect did not explain differences in use of force.

Police were also more likely to use more lethal force against blacks than whites. The median use of lethal force, such as guns, against black suspects was .29 per 1,000, compared to a lower figure of .18 per 1,000 against white suspects. The only category in which this disparity did not exist was against people engaged in violent behavior at the time of arrest. Among violent suspects, the median rate of lethal force was 5.81 per 1,000 black arrestees and 6.54 per 1,000 white arrestees.

A 2015 U.S. Department of Justice (DOJ) report that looked at nonlethal use of force incidents between 2002-2011 found similar disparities. Fourteen percent of blacks and 6.9% of whites told DOJ researchers they had experienced force during a routine police stop. Among individuals who had experienced police force during their last encounter with the police, nearly three-quarters described this use of force as “excessive,” and 87% did not feel police had behaved appropriately during the encounter.

Facing a higher likelihood of potential bodily harm or even death when encountering police, even for a routine traffic stop or non-violent encounter, can have significant mental health effects that may begin as early as childhood. Many of the black individuals killed by police were unarmed and had complied with police instructions, which has led these killings to be denounced widely as racially motivated.

Encountering racism is likely to be harmful in and of itself, but black children faced with these statistics may be more likely to fear police and other authority figures, and black Americans of all ages, but especially those who have been personally affected or have lost friends and family members as a result of excessive police force, may develop anxiety, stress, or depression. People of color may also experience what has been termed racial trauma. The term racial trauma was developed by scholars to describe the ways racism, prejudice, and discrimination can have harmful physical and mental effects on people of color.

Traumatic stress experienced on basis of race—whether from being a witness to hate violence, experiencing racism or hate violence firsthand, or facing institutional racism and its effects—may lead individuals to experience humiliation, irritation and anger, low self-esteem, anxiety, symptoms of posttraumatic stress, or depression.

Racial trauma can have serious long-term effects: Family and social relationships may be affected, people may lose their sense of hope for the future, come to expect death as a likely outcome, experience diminished social attachments, and become suspicious of social institutions.