Disordered Eating: How Can I Tell if My Eating Habits Are Healthy? 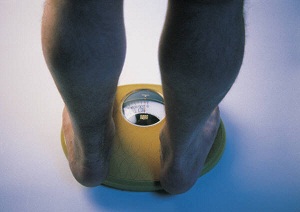 When summer is nearing, we are all likely to be exposed to our fair share of commercials, billboards, and magazine ads touting the latest diet trends to get our bodies ready for the beach. Maybe some of you have heard coworkers talk about new diets they are on, or maybe you have been on a diet yourself. Are the diets short-lived, or do they sometimes go too far? Are you or a loved one seemingly always on a diet of sorts? Do thoughts about food, calories, health trends, and body size seem to dominate a good portion of your day?

Very often, when we think about eating disorders, we think about extremes. We imagine emaciated figures and extreme behaviors, which are, perhaps, far from the world of casual dieting for the summer or working off the holiday treats. However, like many things in this world, our relationship with food is not so black and white; eating and dieting behaviors lie on a continuum.

On one end of this continuum, we have “normal” eating. Normal eating is being able to eat when you are hungry and stop when you feel full or satisfied. It means that you have the freedom to choose foods that you enjoy and crave and allow yourself to have an appropriate portion, instead of restricting or denying yourself. Normal eating means that there are no “bad foods” and everything is consumed in relative moderation.

Normal eating means that we trust our bodies to regulate themselves when we over- or under-eat. It also means that on some days we might eat a little too much or that on others we forget a meal or a snack. In normal eating, these occurrences happen because of the natural rhythm of our lives, not out of a desire to diet or lose weight. Normal eating also allows for occasional eating because of emotions such as happiness, sadness, boredom, or maybe just because we are out enjoying ourselves with friends. Normal eating does not take time and calculation; it is just another one of the many aspects of our busy lives.

Anorexia nervosa is characterized by an excessive fear of weight gain, self-starvation, and a disturbance in how one perceives his/her body shape and size (American Psychiatric Association, 2000). Symptoms can include refusal to maintain body weight at or above a minimally acceptable range for age and height, amenorrhea, intense fear of weight gain, feeling “fat” (despite being underweight), and excessive concern with body image.

Bulimia nervosa is characterized by a cycle of binge-eating and purging behaviors (American Psychiatric Association, 2000). Purging can be characterized by a number of compensatory behaviors used to “get rid” of the unwanted food, such as vomiting, using laxatives or diuretics, or exercising excessively. Symptoms can include excessive dieting, preoccupation with body image and weight, feeling out of control during binge-eating cycles, and engaging in purging behaviors following a binge.

Binge-eating is characterized by periods of uncontrolled and impulsive consumption of food, usually to the point of feeling uncomfortably full. Often individuals who engage in binge-eating will experience periods of shame or self-loathing following a binge, and some may try to diet in order to “make up” for the large quantity of food they had previously consumed.

Disordered eating in some individuals can also lead to the development of a full-fledged eating disorder. Some examples of disordered eating can include omitting food groups, eating only certain kinds of foods, eating at only certain times of the day, and engaging in other kinds of ritualistic patterns. Disordered eating can develop from childhood patterns or frequent dieting or as a coping mechanism. So how can you know if you or a loved one is struggling with disordered eating? The questions to ask are whether or not the behavior negatively impacts physical and emotional well-being and whether or not the behavior is interfering with daily functioning.

Over one-half of teenage girls and nearly one-third of teenage boys use unhealthy weight control behaviors such as skipping meals, fasting, smoking cigarettes, vomiting, and taking laxatives (Neumark-Sztainer, 2005). We live in a society that is obsessed with unhealthy and unnatural norms for body weight and size. According to Collins (1991), 42% of first- through third-grade students want to be thinner. Another study showed that 81% of 10 year olds are afraid of being fat (Mellin et al., 1991). We have watched our models and icons shrink from decade to decade, while the rates of men, women, and children diagnosed with eating disorders has continued to rise. We are also a nation facing an obesity epidemic, and we have all kinds of health and fitness experts condoning new diets and fads in order to help Americans achieve a healthier body. We find ourselves innocently following along, perhaps unaware when our quest for health has turned into a dangerous obsession.

There is no easy solution. All we can do is work to increase our own self-awareness and be willing to take an honest look at the role food plays in our lives. After that, the goal is to find balance, whether you are trying to recover from an eating disorder or manage your weight for health reasons or if you recognize that maybe food has become more of a coping mechanism than you would like. There are many professionals who can help you find this balance. It is also important to remember that even the process of finding balance is an imperfect journey. However, it is one that can be worked towards with a little patience and grace.