Relationship Mistakes from Someone Who Has Made Many 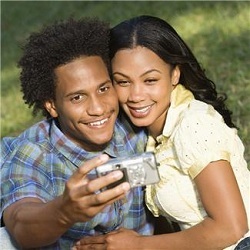 Tracy McMillan is an author and self-proclaimed relationship amateur with a ton of experience. McMillan has been divorced three times. She has also been married three times and has taken her own experience on relationship mistakes and shared them with women throughout the country. In a recent article, the author and blogger gave her perspective on what women do wrong in relationships. McMillan believes her advice is embraced by women because it is delivered in a friendly, girlfriend-type voice. She speaks honestly and openly about the lies that women tell themselves and how these falsehoods create unreal expectations.

McMillan says that women are experts at deceiving themselves. For instance, if an eligible guy suggests that he wants to spend time with a woman but has no interest whatsoever of entering into a relationship, a woman has an amazing way of fooling herself into believing that a relationship will undoubtedly follow. This level of self-denial is unfair to the woman and to the guy, who has made his desires clear from the start. This type of situation almost always ends in disappointment for the woman and frustration for the man. Either way, it is a lose-lose situation that could be avoided if women would just start being honest with themselves.

One of the things that makes McMillan so popular with so many is that she readily confesses her lack of expertise. She refers to herself as a gifted amateur. Her history of failures and successes has culminated into a wealth of experiences that she wears proudly. McMillan’s nonpreachy style appeals to women seeking help in matters of the heart. She believes that the past holds the key to the future, and learning what behaviors were unproductive is the first step in changing them. She adds, “Loving a human being is the hardest thing in the whole world, and it’s the most important thing you’ll ever do.”