Reflections on Suffering and the Pursuit of Positive Change 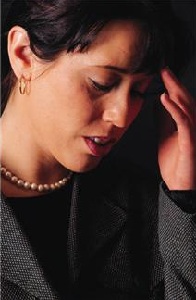 Confession: I often get takeout food from Whole Foods Market, which is just a short walk from my New York City apartment. Mostly it’s because I’m tired or lazy or haven’t been organized enough to stock my refrigerator.

Anyway, this is not an article about Whole Foods; it’s about suffering, or what I imagined to be suffering, and how it deeply affected me. For the most part, I would say I’m aware of the suffering in the world, but so as not to be overwhelmed by it, I compartmentalize some of the feelings. I need to be attuned to suffering in my work, and I do read up on local and world events, and I do observe my surroundings. However, like most people, I keep on going and don’t necessarily stop to process what I’m hearing/seeing unless it’s in the context of someone I’m working with or it’s my own suffering.

However, let’s get back to Whole Foods. I stopped off last night to pick up something for dinner and was called to check-out at register #9. There I was greeted by a Caucasian (presumably) gentleman probably in his fifties, a bit unusual because the registers are usually (wo)manned by young folks of color. He was cheerful, polite, and efficient (as are most of their employees), but clearly was something of an anomaly in that environment.

On my way home I created a whole fantasy around why he was working there: lost his high-level position at a major company where he had worked his way up, making a high salary, long-term unemployed, unable to find work because of his age and over-qualifications. Unemployment used up, savings depleted, needing something to bring in money. Radical changes in style of living, depressed (although he was quite cheerful in the moment), and so on.

In New York City, in Manhattan in particular, with the theaters, restaurants, bars and clubs, luxury apartments full of people, it can be hard to put it all in perspective. Those people are in the minority. There are way too many people who not only are experiencing a diminished lifestyle, but many of whom are never even given the opportunity to achieve and enjoy their lives. For the latter, suffering is the norm.

The voices of those 99% are finally being raised. Students at Baruch College in New York City are protesting an increase in tuition over the next five years that represents a financial hardship for them. All across the nation there are offshoots of Occupy Wall Street. Finally, people are standing up and expressing themselves and demanding to be heard.

It’s about time. As a civil rights activist in the 1960s and a marcher for peace during the Vietnam War era, I know how powerful the voice of the people can be and how effective. It brings me joy to see the country finally realizing that we can bring about change, not only at the voting booth but in the streets and on the airwaves.

Now I just have to figure out how I can contribute to that movement. Rather than just feel badly about some imagined suffering on the part of the gentleman at Whole Foods, maybe there is a role that I can play. And what about you?