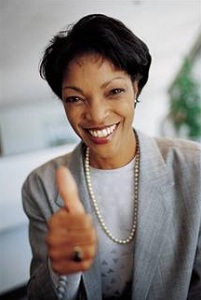 How many things can you think of that are free, make people feel better, and empower the giver? I can only come up with a few, and they all involve saying something nice. I’m not suggesting you lie, but if you pay attention, there is almost always something heartfelt and positive to say.

Who doesn’t like hearing praise? Whether it’s about your style, intellect, taste, talent, wit, car color, organizational skills, sense of humor, creativity, hobby, or anything else you do, someone saying something nice could make your day and boost your self-esteem.

Don’t Just Think It, Say It

So, why aren’t we all complimenting each other all the time? Some people seem to think compliments take something away from the giver. Others feel self-conscious. Saying something kind can empower both the giver and receiver. With practice, it can become second nature. In addition, every time you point out something positive, you will likely get an extra dose of joy from the delighted reaction on someone’s face.

I’m not suggesting you pile on the compliments. They have to be heartfelt, honest things you genuinely appreciate. If you’re seeing your new friend’s place for the first time and it’s painted in your least favorite color, comment on the creative use of space or how bright and cheerful it is. There is usually something positive you can say.

Imagine what the world would be like if every time someone had a loving or generous thought, they said it. Would you be happier if people noticed and commented on your strengths and talents?

Never underestimate the power of a kind word on stress. A few years ago, I was in the supermarket. A middle-aged woman was trying to decide which product to buy, and she was all dressed up. I noticed, hesitated in complimenting her—I thought she might think I was weird—but went ahead anyway. I said, “I have to tell you, you look so lovely.” She suddenly got a little teary. She said she was having a very bad day, and my compliment meant a lot to her.

Most of us want to make a difference in the world. You can do that every day by paying attention, noticing the little things that make life better, and commenting on them.

Make Sure Your Compliments are Genuine

Have you ever thought something positive but kept it to yourself? When I keep my kind words inside, I feel a little regret because I missed a chance to connect. One caveat: try not to overdo it with the same people because they may think you are being manipulative or want something from them.

Remember Aesop’s fable of the Fox and the Crow? The crow is perched on a tree branch and the fox notices a big piece of cheese in his beak. The fox compliments the crow on his shiny black coat, his regal bearing, and begins to wonder aloud what melodious tones could come from such a majestic throat. After a few minutes, the crow opens his mouth to sing and lets the cheese fall. The moral: beware of flatterers. Excessive commentary, no matter how kind or heartfelt, may be seen as suspicious.

When we take the risk to connect with others, it can renew our optimism in people, life, and ourselves.

Don’t Be Stingy with Supportive Words

Take the time to notice the effort people make. Whether it’s the person bagging your groceries to ensure nothing gets crushed, the soloist at your church choir practicing both day and night, or your child calling just to have some contact. Thank them all, and point out their kindness, attributes, or thoughtfulness. It can soothe their soul as well as yours.

It takes guts to be open. Why be scared and keep all good thoughts inside when you can share them? I encourage you to try it for one day and watch people’s reactions. Practice saying all those wonderful things you have kept inside, and watch the world change—one word at a time.