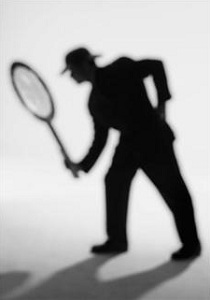 In his article “The Larger Self,” Richard Schwartz stated the following: “…if I can help people approach their own worst, most hated feelings and desires with open minds and hearts, these retrograde emotions will be found not only to make sense and have legitimate purpose in the present psychological economy, but also, quite spontaneously, to become more benign” (The Center for Self Leadership, http://selfleadership.org/the-larger-self.html). This statement captures the objective of this article; to address how posttraumatic stress (PTSD) symptoms are thought of and as a result, how survivors and therapists feel about them. In renegotiating the assumed position that PTSD symptoms are inherently bad to considering them as possibly functional, we create some breadth for exploration. Opening space would possibly cultivate curiosity (or at least mitigate fear and perception of self as broken) of the ways in which their trauma has expressed itself.

The manifestation of trauma can feel like agony to those recovering from emotional abrasions; the aspiration here is to soften that in the following ways:

The process by which each of the above items is pursued is through anthropomorphizing symptoms as an internal character with specific functions.

This should be differentiated from a treatment model; rather, this would be a perspective from which we view individual expressions of PTSD in order to utilize them. In turn, this would cultivate a nuanced strategy that is reflective of the person through a lens of strength and optimism. Here, the internal private investigator (PI) will be introduced as the part of ourselves that is employed to search for external (occasionally internal) cues that relate to our trauma. The tools utilized by this character are triggers and hypervigilance.

Characteristics of an accomplished PI likely include a capacity for survelliance, developed observational skills, mental alertness, a specific and reliable memory, and a capacity for environmental analysis. The purpose of this occupation is to discover information that would otherwise seem unavailable or difficult to obtain. The value in the skill set is that discovered information is related to the reasons behind the PI’s employment. For example, a spouse may hire someone to discover an affair so that he or she knows how to respond to the relationship; an insurance company might want to ensure that a customer is not fraudulent in a claim in order to determine whether or not to make payment. The internal PI is seeking environmental information in order to ensure safety and proximity from that which resembles the initial injury.

The mechanisms by which the PI gathers information is through triggers and hypervigilance. There is a perpetual scanning of the environment to search for sights, sounds, people, behaviors, smells, or anything else that is reminiscent of trauma. The individual is placed on high alert in order to be certain danger is not near. Triggers are possibly activated when there is concern about proximity; the PI has scanned the terrain and discovered something a little too familiar. Triggers highlight the specifics of what feels too close or too familiar in order to activate a response, such as a retreat or a protective reaction.

The ways in which trauma symptoms manifest can be overwhelming and quite painful to both experience and observe. The involvement of the central nervous system in PTSD creates a feeling of it being out of control, harmful, and scary. Expressions of hopelessness are frequently intertwined with the explanation that the marks of trauma are housed in the reptilian brain; being told that is why you are experiencing this symptom sometimes causes survivors to feel helpless. It is a relief to know you are “normal,” provided that it does not mean that normal is painful and permanent. Shifting the way in which we think about PTSD (as the brain’s protective attempt at repair and safety) hopefully opens the door to compassionate mastery over our own pain, the avenue through which is a kind and thorough internal inquisition.