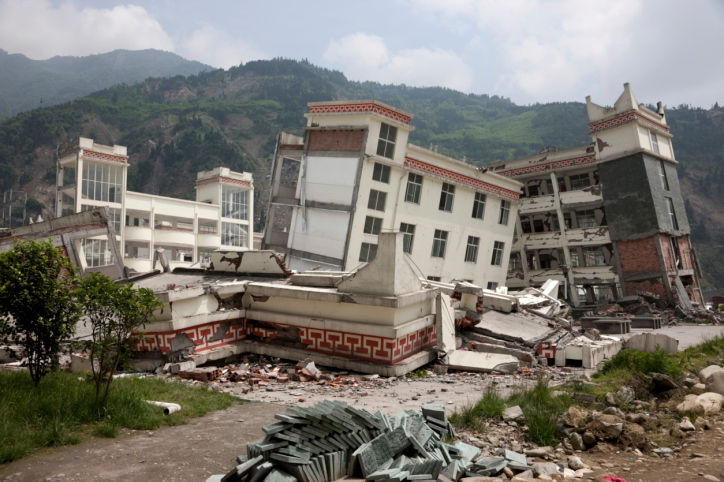 Earthquake survivors may be able to help shed new light on posttraumatic stress (PTSD), according to new research pointing to differences in the brain among people with and without PTSD resulting from a major earthquake.

From thickness in the cerebral cortex to differences in brain volume itself, similar shared physical traits have been observed that could one day help identify individuals more likely to experience persistent or chronic PTSD after a trauma.

PTSD is known to impact survivors of intense physical or psychological trauma, delivering a broad range of symptoms that can linger for years in certain individuals. Though most often associated with high-stress events such serving in an active combat zone or being the victim of a criminal assault, the condition can also follow significant weather events and natural disasters.

Starting with roughly 4,200 earthquake survivors surveyed months after the event, researchers from China’s Sichuan University in Chengdu winnowed down their participants based on several factors. These included eliminating those with certain medical conditions, such as chemical dependency and anxiety-related conditions including prior PTSD.

They were eventually left with 67 eligible participants who were then compared against 78 survivors of the same China earthquake who did not report PTSD. Each group consisted of individuals who directly witnessed the earthquake’s impact in areas where injuries and deaths occurred.

Following magnetic resonance imaging (MRI) scans, the earthquake survivors experiencing PTSD were found to have greater thickness in parts of the cerebral cortex but less brain volume than survivors with no PTSD symptoms. The area of the brain that plays a role in visual processing has also been known to have increased activity during memory tasks for those with PTSD. The authors suggest this may be related to flashbacks of the trauma.

The findings could potentially help identify markers for those predisposed to experiencing longer PTSD when faced with tragedy, loss, or other traumas. The research provides a unique window for diagnosing actual physical differences in the brain between those with PTSD symptoms and those without.

The earthquake that each of the initial 4,200 study participants experienced brought massive devastation to parts of western China. Such events typically increase regional statistics of mental health conditions for months or years to come.

Some disasters—natural or otherwise—leave a significantly wider wake. After Hurricane Katrina in 2005, researchers interviewed about 800 survivors outside New Orleans, noting an increased prevalence of mental health conditions related to the hurricane’s destruction, even two years later.

According to the study, PTSD rates following Katrina jumped roughly 30%, while a 61% increase was seen in suicidality.