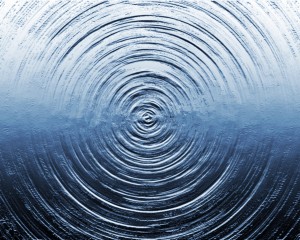 How Are Psychogenic Nonepileptic Seizures Different Than Epilepsy?

Epilepsy is ranked as the fourth most common neurological issue in the world, and affects approximately 2.2 million people in the United States. However, research shows that about 1 in 5 people who are admitted to epileptic centers are actually affected by PNES and not epilepsy. Though both types of seizures result in similar symptoms—which often results in misdiagnoses for those experiencing them—specialists have noted some common trends in people affected with PNES, such as gradual onset, disorganized motor activity, and the long duration of seizures. However, these trends are not definitive in diagnosing PNES as people affected by epilepsy may occasionally exhibit these symptoms as well.

After determining that seizures are not caused by underlying physical issues, the most effective way of diagnosing psychogenic nonepileptic seizures is by using video electroencephalogram (EEG) monitoring. During these sessions, doctors will attempt to induce a seizure while paying attention to a person’s brain electrical activity. If disrupted brain activity is seen during the seizure, a diagnosis of epilepsy may be made; however, if brain activity remains unaffected during the seizure, a diagnosis of PNES may be made. Doctors may also ask family members to view the recording and confirm if the behavior observed during the session is consistent with the behavior seen at home during a seizure.

There are three main types of psychogenic nonepileptic seizures. These include:

Individuals experiencing psychogenic nonepileptic seizures may display a variety of symptoms associated with the condition. Some of the most common symptoms are:

Psychogenic nonepileptic seizures are most likely to be seen in young adults and people with low stress resilience. PNES are more common in women, with one study (2013) estimating 75-85% of all affected people are female.

Psychological health may also play a role as people experiencing conditions such as depression, anxiety, and personality issues are more likely to develop PNES. Additionally, individuals who have been exposed to highly traumatic events such as motor vehicle accidents, divorce, bullying, physical abuse, sexual abuse, or the death of a loved one may be at increased risk for the condition.

While there is no definitive cure for psychogenic nonepileptic seizures, psychotherapy has proven to be an effective treatment. A report published by the University of South Florida School of Medicine indicates over 70% of people who find a therapist and receive adequate therapeutic care experience no more seizures. A therapist may help educate affected people about PNES, uncover repressed psychological material, and help a person work on mental health concerns.

For example, cognitive behavioral therapy may be used to help a person readjust his or her thinking and future reactions to stressful situations. People with comorbid issues such as anxiety and depression may be given medication and taught effective coping strategies for these conditions. Relaxation techniques are also effective in helping individuals manage stress.