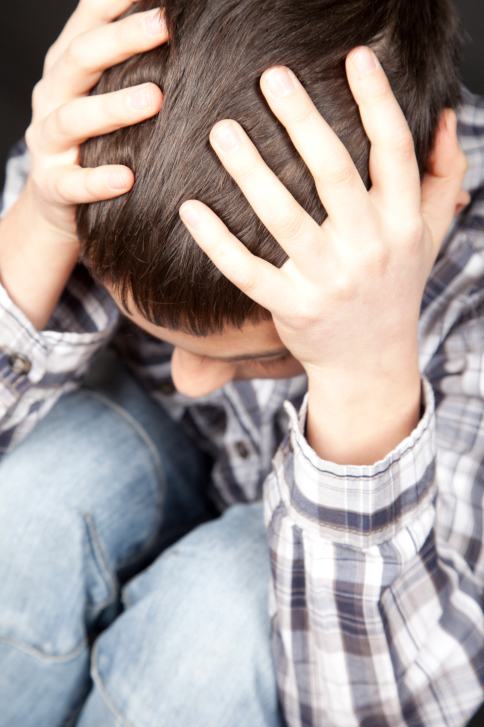 A seizure is a sudden and unexpected loss of control accompanied by abnormal body movements or convulsions, a loss of consciousness, or both. Though epileptic seizures are caused by sudden, rapid, and chaotic electrical discharges in the brain, not all seizures are epileptic.

Psychogenic nonepileptic seizures (PNES) are not caused by abnormal discharge of electrical brain signals, but instead are emotional in nature and usually triggered by stress or anxiety. Although these seizures are rarely discussed, they are not rare. PNES have a prevalence similar to that of multiple sclerosis.

Statistically, one in five people sent to epilepsy centers experience PNES rather than epilepsy. In fact, a team of physicians and psychologists at Johns Hopkins Hospital reported that more than one third of patients admitted to the inpatient epilepsy monitoring unit were experiencing stress-triggered seizures rather than true epileptic seizures.

Because PNES can mimic epileptic attacks, they are often misdiagnosed. At least 80% of patients experiencing PNES are treated with antiepileptic drugs for several years before a correct diagnosis is made.

The source of this dilemma is multifaceted. Most physicians do not have access to electroencephalogram (EEG) video monitoring, and even those who do can easily misread an abnormal EEG without video if they have not been specifically trained in epileptology. A 2005 study of 46 patients published in the Neurology journal revealed that 54% of EEG readouts were misinterpreted as epilepsy.

Epileptic seizures tend to be more serious than PNES. If there is any doubt, a neurologist will usually treat the more serious condition. If medication fails to treat seizures, a patient is then referred to an epileptic center, and it is often there that the diagnosis of PNES is made.

With proper equipment and specialized knowledge, an epileptologist can easily distinguish between epilepsy and PNES. An EEG-video monitoring system monitors a patient for several hours and sometimes days until a seizure occurs, though there are techniques that can be used to trigger a seizure to speed up the monitoring process if necessary or desired. By analyzing the video of the seizure, a diagnosis of PNES can be made with 100% certainty.

PNES is a somatoform illness, meaning that emotional stress creates physical illness in the body. These seizures are emotional in nature—induced by stress—and often result from traumatic experiences, some of which may have been repressed or forgotten. Such traumas may include divorce, physical or sexual abuse, death of a loved one, incest, or any other great loss or sudden upheaval in one’s life.

Individuals without developed coping skills may be more susceptible to PNES than those with a high level of resiliency to stress. A team of neuropsychologists and neurologists at Johns Hopkins University School of Medicine found that people with PNES don’t necessarily have a higher frequency of stress and/or trauma than others, but they seem to lack effective coping mechanisms to deal with stress and are thus more affected by it.

Coping with Diagnosis and Stigma

Psychosomatic illnesses like PNES are often misunderstood by family members and even by physicians and other health care professionals. A person may be reluctant to accept the diagnosis and become upset when told the seizures are psychological. Some people completely refuse to accept the diagnosis and continue to take antiepileptic drugs even as symptoms continue. This places responsibility on the physician to stop administering the drugs.

A lack of public knowledge and awareness of PNES only increases the misconceptions, misdiagnoses, and stigmatization of the illness. Somatoform illnesses like PNES are real—resulting from real stressors and traumas—and should be treated as such.

Treatment and Outcomes of PNES

Overall, PNES can be treated if properly diagnosed. The earlier the diagnosis, the better the outcome may be. About 70% of people who receive adequate treatment for PNES eventually experience a complete disappearance in seizures. The recovery time will vary from patient to patient depending on the severity of the traumas and stressors involved, as well as the person’s established coping mechanisms and resiliency to stress.

While a neurologist typically treats epileptic seizures, PNES tends to be treated by a psychologist or other mental health professional. Someone who has been newly diagnosed and has been taking antiepileptic drugs will need to work with a neurologist to gradually come off the drugs rather than stopping use abruptly.

About 70% of people who receive adequate treatment for PNES eventually experience a complete disappearance in seizures.Treatment for PNES typically involves various types of psychotherapy. Cognitive behavioral therapy (CBT) may be used to help people develop adequate coping skills to deal with life stressors. Relaxation techniques and biofeedback are also used to help manage and cope with stress.

For those whose seizures are a manifestation of past trauma, PNES is typically treated as posttraumatic stress. In this case a physical seizure may be the body’s way of expressing what the mind cannot. Some physicians have also found eye movement desensitization and reprocessing (EMDR) to be an effective treatment for PNES.

EMDR is a synthesis of many different therapeutic approaches including CBT, psychodynamic, interpersonal, body-centered, and experiential therapies. This information-processing therapy occurs in eight phases—attending to past traumas that contribute to the pathology being treated; the current situations, beliefs, and sensations that are triggering the dysfunctional emotions; and the positive experiences needed to improve mental health and well-being in the future.

The costs of being treated for misdiagnosed epilepsy are high and should not be ignored. As the incidence of misdiagnosed PNES continues, it is important for neurologists, psychiatrists, and psychologists to work in collaboration to raise public awareness, remove the stigma, and provide proper diagnosis, treatment, and support.