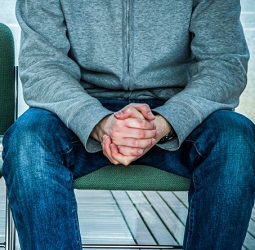 Although epilepsy is one of the most common causes of seizures, it’s not the only cause. Extreme emotional states can give rise to seizures. Psychogenic nonepileptic seizures (PNES) are seizures brought on by emotional states, occurring in between 2 and 33 per 100,000 people. According to one study, as many as 20% of people diagnosed with epilepsy might have PNES instead.

New research published in Epilepsy and Behavior aims to discern the differences between the two types of seizures, and researchers were able to correctly differentiate PNES from epilepsy in 83% of cases. They also found a clear connection between anxiety and seizures.

Epilepsy is caused by rapid and chaotic discharge of electrical signals in the brain, but people experiencing psychogenic nonepileptic seizures don’t show this pattern. People with depression, anxiety, and similar mental health concerns can experience PNES, but doctors aren’t sure why. Strangely, a large percentage of people with PNES have epilepsy, making it even more challenging to distinguish psychologically induced seizures from those brought on by epilepsy.

Differentiating between PNES and epilepsy can help people experiencing seizures get faster, more effective treatment. To evaluate differences between the two types of seizures, researchers administered questionnaires to evaluate whether and how frequently participants avoided circumstances that made them feel anxious. The group of participants included 30 people with PNES, 25 with epilepsy, and 31 with no history of seizures. Researchers found that PNES was more common among people who regularly experienced anxiety and who took steps to avoid sources of anxiety.

Researchers also found that people who reported more somatic symptoms were more likely to experience seizures. Somatic symptoms are physical symptoms, such as headaches or vomiting, that don’t have an underlying medical cause. The study’s authors note that their research highlights the need for effective interventions among people struggling with anxiety. Because people who experience PNES tend to avoid anxiety, researchers point to the need for treatments that can help people with PNES reduce avoidance behaviors while more effectively managing anxiety.