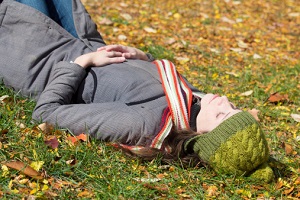 Susie could tell right away when her father had been drinking. His eyes sparkled. He smiled a lot, breathed heavily, and talked non-stop for hours. She was supposed to listen to every word, agree with enthusiasm, and then tell her dad what a great man he was.

This grew boring, but when her father was on a jag she was expected to stay with him every minute; she was not allowed to go to bed, not on school nights or at two in the morning. Her dad poked her ribs if he thought she was nodding off.

Susie learned to go to bed early, before her father had time to drink. She didn’t want to get caught in her father’s endless web of stories, tales of daring, of fights, and beating people up, of how mean people are, how sick the universe is, how nothing matters, and nothing is any good, everybody is out for themselves, and anybody who says differently is a phony.

Susie wanted to kill herself, if she had to live in that kind of world, so she had to prove to herself that the world was different.

When she grew up she adapted. She had a decent job—she was a social worker in a foster care agency, helping kids survive their families. She didn’t make much money, but it was enough.

She lived on her own now, she could sleep when she wanted, she didn’t have to hide in bed any more, but she couldn’t stop. It was her pattern to go to bed early and stay there as long as she could, then get up and run fast to work, no breakfast. Or else stay up all night and sleep at her desk when no one was looking.

She had a boyfriend. He was glamorous, sexy, handsome—but he ran around with other women. He liked to get high, and he told her she was selfish when she didn’t lend him money.

“I promise to pay you right back, payday after next.”

Susie was miserable. She still thought about killing herself. Or maybe she would just get run over by a bus sometime, or catch a fatal disease or something. She was always imagining her own sudden death.

She knew she wasn’t normal—every time she got in the subway she was scared some guy would push her in front of an oncoming train—so she went to therapy, where she complained long and loud about her boyfriend. After a while she began to see that he was treating her as she expected, which was terrible. She tried to break up with him, but she kept going back, over and over. Her therapist told her she was a masochist. Susie knew what that meant—she knew her therapist was right. She got mad. And she slowly got better.

Underneath it all, she had always been furious. Who wouldn’t be? She talked a lot in therapy about her father.

Her therapist, Caroline, asked Susie, “Where was your mother? Didn’t your mother protect you?”

“Mom didn’t protect me, no. She hid behind me. She used me to hide from Dad.”

Caroline was outraged on Susie’s behalf. That helped a lot. And Susie was in charge of how far, how deep, to dive in therapy; Caroline always checked, asking, “Where do you want to go with this? You OK?” Susie could rely on Caroline to protect her.

A lot of times Susie wanted to quit therapy because it was hard, it was expensive—even though Caroline gave her a break on the fee—and it took up a lot of time; but she knew she was worth something, and her time was better spent in therapy than wasted on some guy who didn’t really care about her anyway. She wanted to learn how to have her own life, and then maybe share it with someone worthwhile.

Therapy rules were clear and fair. Caroline had faith that Susie’s life could be better. Susie worked hard to understand herself, to clear her vision, to look around and see that the world wasn’t always harsh, as her father made it.

She called for a truce inside herself, and outside too.