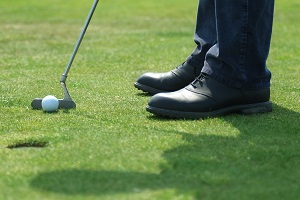 Last week the world watched as a once adored celebrity made an intensely public apology to his family, fans, and friends about his infidelity and sexual compulsions. According to news releases, much of the nation was tuned in to the newscast that featured Tiger Woods, who delivered a short monologue about how sorry he was about his sexual behaviors and infidelity. Tiger spoke about the ongoing counseling that he was engaged in, and how it was helping him with his sexual “compulsions”. Although his mother was in attendance of the news conference, his wife Elin was conspicuously absent from the press announcement. Speculation from the country was that she was tired of her husband’s apologetic position.

Can a committed relationship survive after an affair? As a country, we have heard from several celebrity marriages in the past year, with numerous apologies made public by the cheating partner. Dave Letterman, Guy Ritchie, Alex Rodriguez, Eliot Spitzer, Mark Sanford, and scores of others publicly “walked the plank” and made a national announcement of their wrongdoings. And who could forget the extremely public disclosure of infidelity and break up of Jon and Kate Gosselin? Most of these marriages did not make it, and many of the injured partners went on to other relationships, even after attempting reconciliation and counseling.

In her ground breaking book Not Just Friends, Shirley Glass discusses the occupational hazards of particular work settings as a magnet for infidelity. In the professional sports and entertainment industries, infidelity is common, accepted, and somewhat expected. Opportunity, secrecy, and accessibility are causes of infidelity, and some industries have more of these aspects than others. Certainly Tiger Woods, with hundreds of adoring women fans had infinite opportunity and access to many willing partners. The magnitude of Tiger’s infidelity has been tantamount to his fame and celebrity status.

How does a committed relationship begin to mend after experiencing an affair? In the celebrity world, a public apology is the first step. Non-celebrity couples can use the same strategy–a heartfelt apology from the participating partner goes a long way in easing a bit of the pain of the injured partner.

Here are some ideas on how to navigate through the first phases of recovering from an affair:

1. An apology is the first measure of a long journey that the couple will go through to mend the relationship, but an important effort to undertake. The apology needs to be sincere and empathetic. The participating partner needs to take responsibility for their actions in a non blaming manner. Tiger did this piece well, defending Elin’s actions while condemning his own.

2. After the apology, the second component in mending the relationship is trying to forgive. In counseling with couples who have experienced affairs, forgiveness is a mid stage treatment goal and an integral part of the healing process. For the injured partner, this is not an easy task. Trust and safety are at a low point, and emotional and cognitive patterns have been disrupted. Withdrawal from the participating partner is common.

3. The injured partner needs to be aware of their own spiritual perception of forgiveness. As recovery moves forward, a sense of control and safety are re-established. Understanding and the reasons for the affair become clearer, and though still painful, help to move the relationship towards forgiveness.

Related Articles:
Can a Couple Recover From Infidelity?
The 5 Truths Every Married Person Needs to Know About Affairs
Does Social Media Make Cheating Easier for People like Anthony Weiner?