Panic Attack? Get the Facts! 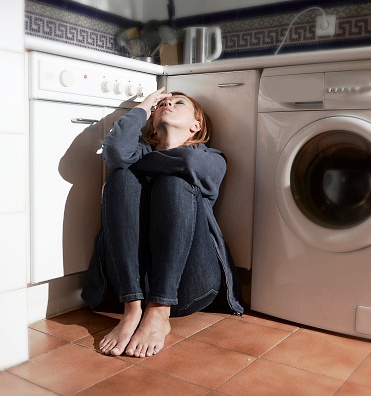 “I felt like I was going to pass out!”

“I thought I was having a heart attack!”

This is how people frequently describe what it’s like to have a panic attack.

A panic attack is a sudden rush of anxiety and terror. It can occur at any time, even during sleep, and frequently seems to happen suddenly, out of the blue. Symptoms include a pounding heart, sweatiness, weakness, faintness, or dizziness. People in the grip of a panic attack may also experience nausea, chest pain, tingling or numbness in their hands, a sense of impending doom, or a fear of losing control.

It is unclear exactly what causes panic attacks. They appear to be correlated with major life transitions, such as graduating from college, getting married, or having a baby. Panic attacks can also be triggered by severely stressful events, such as the death of a loved one, divorce, or job loss.

Some people have one or two panic episodes and then never have another. Other people begin to have recurring panic episodes. One of the ways that one episode can turn into an ongoing problem is anticipatory anxiety. People begin to fear having another panic attack and feel anxious and tense instead of relaxed. They are afraid of their own fear. Three of the biggest fears about having panic attacks are:

In fact, none of these things can actually happen during a panic attack.

When the panic starts, people feel a temporary dizziness, frequently exacerbated by hyperventilation, which makes them feel like they may pass out. During a panic attack, however, the heart beats faster and blood pressure rises. It is impossible to pass out as blood pressure rises, because people actually pass out due to a lowering of blood pressure.

A person experiencing a panic attack is not experiencing heart problems. There are several significant differences between panic symptoms and heart attack symptoms:

It is always advisable to seek immediate help if it is not clear that the symptoms are related to panic. If the location of chest pain moves to the center of the chest, does not go away within ten minutes, and is accompanied by more than one incident of vomiting or diarrhea, seek immediate medical attention.

While panic attacks are intensely frightening experiences, they do not cause actual physical harm to the body. Learning the facts about panic attacks and remembering them during an episode can help cut down on the occurrences of attacks and eventually help to eliminate them.