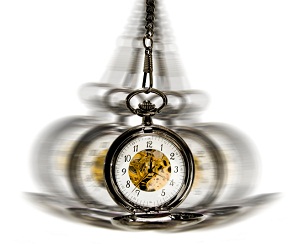 Hypnosis has long been fodder for television shows and stand-up acts, and most people are familiar with hypnotists who claim to be able to make anyone do anything while under hypnosis. But hypnosis is no longer just a sideshow performance, and an increasing number of people are turning to hypnosis to quit smoking, get over depression and anxiety, lose weight, and forget about phobias.

What Is It?
Hypnosis isn’t a magic trick. It’s an altered state of consciousness that hypnotists induce via the power of suggestion. Hypnotists may use relaxation techniques, key words, guided imagery, or some combination of these to help clients slowly relax. Then, while under hypnosis, hypnotists make suggestions about changes in behavior.

Does It Work?
You can’t be hypnotized to do something that is outside of your moral compass or that you don’t really want to do. People who try to quit gambling or spending through hypnosis will likely not see results if they’re quitting only because of family pressure. Hypnosis can’t change the way you think; it simply makes it easier to follow through with behavioral changes. Hypnosis can also bring about a state of relaxation, and some hypnotherapists teach their clients how to self-hypnotize under stressful conditions. For people with anxiety issues, severe stress, or depression, this can help ease the symptoms.

But hypnosis is not a panacea, and is most effective when it’s used in conjunction with therapy and lifestyle changes. Particularly for long-term, chronic problems, it may take several hypnosis sessions to see results. Some people don’t see any results at all; because hypnosis thrives on suggestibility, if you’re not particularly suggestible it probably won’t work.

Choosing a Hypnotist
If you’re thinking about trying hypnotherapy, get a recommendation from your therapist. The American Society of Clinical Hypnosis also maintains a directory of qualified hypnotists with a clinical background. Make sure you know how long your hypnotist has been practicing and what methods he or she uses. The messages you hear under hypnosis should not come as a surprise, and your hypnotist should discuss the specific tools he or she is going to use before hypnotizing you.

Regression-based hypnosis, which is used to recover repressed memories, can be dangerous. Because people are more suggestible under hypnosis, the hypnotist can inadvertently fabricate memories that didn’t actually occur. Particularly if these memories are traumatic, this can lead to additional mental health issues. People with a history of psychosis should not undergo hypnosis without first taking to their doctors, because hypnosis increases their risk of a psychotic episode.