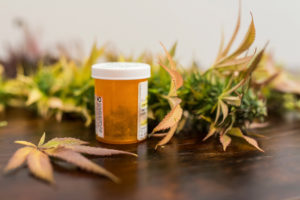 Several states have legalized marijuana—typically referred to as cannabis when prescribed by a doctor—for medical use, including for treating psychiatric conditions. However, medical marijuana use is still controversial, and the law on cannabis use for patients is murky. Cannabis is not treated like other drugs; doctors don’t prescribe specific dosages or strains, and dosing is largely left up to patients. Thus, cannabis is in a gray zone and seems destined to remain there for quite some time.

Medical marijuana can treat a number of conditions in some patients. For example, symptoms of anxiety and posttraumatic stress (PTSD) have been reported to respond to treatment with cannabis. Many patients state that, after a few weeks of cannabis use, they continue to feel relaxed even when they are no longer high. Cannabis is also effective in treating chronic pain conditions, which means it might work with some somatic conditions. While some people with depression use cannabis to control their mood, others report that it makes them feel more depressed, so the benefits of marijuana to those who have depression are not entirely clear.

Cannabis is also safer than many other psychoactive drugs. The lethal dose of cannabis is so high that no person would reasonably be able to consume that much marijuana, making it an ideal choice for people who have suicidal thoughts are behaviors and are at risk of overdose. Some psychiatric conditions are not well served by traditional drugs. Patients with PTSD, for example, may find that selective serotonin reuptake inhibitors and antianxiety medications do little to blunt their intrusive thoughts and flashbacks. When patients have tried and failed with numerous drugs, cannabis can feel like a miracle.

Many proponents of medical marijuana argue that, because cannabis is a naturally occurring substance, it carries fewer risks than chemically processed drugs. Others have pointed out that cannabis use has been a part of human existence for centuries, and it may help some health problems in addition to alleviating mental health concerns.

The most significant risk posed by cannabis is that, unlike many other medications, there are no recommended dosing requirements. Thus patients have to experiment with dosing, method of administration, and strain. The result may be a patient who has to go through several weeks feeling high or lethargic before she gets relief.

There has been significant debate about the addictive nature of cannabis. Because cannabis is illegal in most areas of the United States, it is extremely difficult to obtain accurate information about how addictive the substance is. However, some patients report a strong psychological addiction to the substance, and a few may become chemically dependent.

Smoked cannabis poses a risk of lung cancer and other respiratory problems. In individuals with schizophrenia, cannabis may induce psychotic episodes. In very young patients, cannabis can also cause psychosis, stunted growth, and other health problems. Teenagers and children should not use medical marijuana unless directed to do so by a doctor.

The United States government still lists marijuana as a Schedule I drug with no acceptable medical use and no safe dosage. This classification is widely considered to be incorrect and misleading, but until marijuana is removed from Schedule I classification, using it poses significant legal risks to patients.