Preparing Your Child for School: More Than Supplies and Clothes 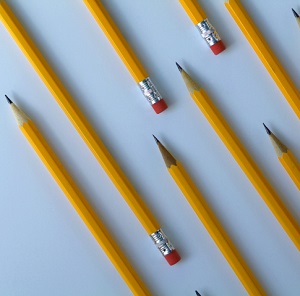 As summer draws to a close you may be relieved to have all your children’s school supplies and clothes ready, but have you done all you can to prepare them for everything they face at school?

Now, on the heels of the Catholic Priest sexual abuse scandal comes another of historic proportions—one that has the potential to be much greater and far-reaching. According to a draft report commissioned by the U.S. Department of Education, in compliance with the 2002 “No Child Left Behind” act signed into law by President Bush, between 6 and 10 percent of public school children across the country have been sexually abused or harassed by school employees and teachers.

Charol Shakeshaft, the Hofstra University scholar, who prepared the report, said the number of abuse cases—which range from unwanted sexual comments to rape—could be much higher. Almost everyday the stories are in the news:

One such story includes an accusation that could not have been lodged against a more respected or popular educator: James Darden, an eighth-grade English teacher who was honored with a school assembly last year after winning a prestigious teaching award. Yet this month, Darden was charged with aggravated sexual assault after a woman, now 21, told prosecutors that between the age of 13 to 15 she and Darden, who is now 36, had sex in his house, car, classroom and the men’s bathroom at Thomas Jefferson Middle School in Teaneck, NJ. He has pleaded not guilty. Days earlier, two 28-year-old female teachers at a therapeutic school for emotionally disturbed and neglected boys in New Windsor, New York, were charged with having sexual relations with two 16-year-old students.

Is your child prepared to deal with one of society’s worst scourges—sexual abuse? Every year throughout the world several hundred children are sexually abused/assaulted by adults associated with their school experience. To adequately prepare your child for school you need to educate him/her about sexual abuse prevention.

If your child knows the rules of ‘stranger danger’ you have protected your child from a 1% chance of being sexually abused/assaulted. Thus, your child is vulnerable to the most likely sexual child abuse offender, family members or other trusted adults. 80% of children who are sexually abused are abused by family members, 19% are abused by someone the child knows and trusts. The other little known statistic is the frequency of sexual child abuse. David Finkelhor and Dianna Russell’s research reveals 62% of girls and 31% of boys will be sexually abused by age 18. Unfortunately this statistic is considered low due to the difficulty in gathering data from surveys or reporting agencies.

How can children protect themselves?

What can you do?

Failure by any knowing adult to protect children from physical or sexual abuse is considered a crime. The world was shocked when David Steinberg killed his “adopted” daughter in 1987. What was more shocking to many, was the legal ramifications to his common-law wife, Hedda Nusbaum. For more, see Control and Co-Dependency in the Home.

© Copyright 2007 by . All Rights Reserved. Permission to publish granted to GoodTherapy.org.