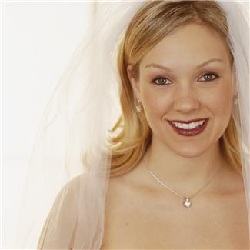 Nearly every person experiences a little anxiety and apprehension prior to walking down the aisle. No matter what age people are, or what their past has brought them, the idea of entering into a lifelong commitment with another individual can be a scary prospect. Individuals who have been divorced in the past may be worried that they will divorce again. And people who grew up in less-than-loving households may fear that their union will eventually become disruptive and unsatisfying. Regardless of the reasons, premarital jitters are anything but uncommon. But do these anxieties predict which couples are at risk for divorce?

Justin A Lavner of the Department of Psychology at the University of California, Los Angeles, wanted to test this theory. In a recent study, Lavner interviewed 232 couples shortly after they married and evaluated each spouse’s respective doubts. Four years later, Lavner examined how those doubts related to divorce rates among the couples. He found that the majority of the couples did express having cold feet prior to their marriage. But this sense of wariness was significantly more predictive of divorce when it was felt by the women. In fact, women who had premarital doubt were more than twice as likely to be divorced than women without premarital doubt. Uncertainty prior to marriage was predictive of less satisfying marriages for men but not divorce.

The results of this study clearly demonstrate that couples who are hesitant to marry should examine the reasons why before they say “I do.” Lavner notes that these findings, which were gathered more than 2 decades ago, may not reflect present-day attitudes. Despite this limitation, Lavner believes that the results of his study show a need for additional work on premarital doubt and other factors that could predict divorce or dissatisfaction among couples. He added, “These findings call for more in-depth and prospective research on the uncertainties people harbor about getting married.”