Pregnancy Loss Can Trigger PTSD, and Other News

Miscarriages and ectopic pregnancies can trigger posttraumatic stress (PTSD), according to a study published in BMJ Open.

According to the American Pregnancy Association, 10-25% of clinically recognized pregnancies end in miscarriage, usually during the first trimester. Ectopic pregnancies, which occur when an embryo implants somewhere other than the uterus (most often in one of the fallopian tubes), can put the mother’s life at risk, and generally requires emergency surgical removal. About 1 in 50 pregnancies is an ectopic pregnancy.

For the study, researchers surveyed 113 women. Around 20% had recently experienced an ectopic pregnancy, and the remainder experienced a miscarriage. Three months after pregnancy loss, 38% of the women experienced symptoms of PTSD, including intrusive thoughts and reliving the loss of the pregnancy. A third said their symptoms affected their work lives, with 40% reporting changes in their relationships.

A small drug trial of a promising Alzheimer’s drug could eventually lead to a successful treatment for the disease, which erodes memory and cognitive functioning. The drug successfully targeted amyloid-beta proteins, which produce brain plaques that most researchers think produce symptoms of Alzheimer’s. The drug has not yet been shown to reduce cognitive decline, but if future studies produce this result, a treatment for Alzheimer’s could be on the horizon.

The 2008 Mental Health Parity and Addiction Equity Act requires insurers to cover mental health conditions just as they cover physical health diagnoses. According to a report from the Mental Health and Substance Use Disorder Task Force, many insurers continue to provide unequal coverage. In response to this disparity, the Centers for Medicare and Medicaid Services is awarding $9.3 million to states to ensure mental health parity. A new government website plans to help consumers file parity complaints, and a consumer guide will help consumers understand their rights. The Department of Labor will also issue an annual report on violations of the law.

Words Matter When Talking About Alzheimer’s

Journalists and treatment providers often use war metaphors to discuss Alzheimer’s, suggesting people with Alzheimer’s are “fighting” the condition. This type of language can contribute to fear and stigma surrounding the condition. But a new study suggests language highlighting resilience in the face of a condition that may not be defeatable can set reasonable expectations. 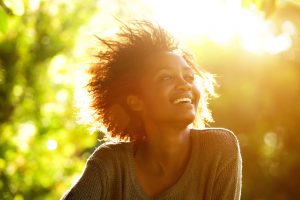 Sunshine Matters a Lot to Mental Health; Temperature, Pollution, Rain Not So Much

A new study suggests the amount of daylight to which a person is exposed is a significant predictor of mental health, with more sunlight producing better mental health. Rain and pollution did not appear to have significant effects on mental health. These findings apply to the general population, not just those who experience seasonal affective disorder (SAD).

A gene known as CYFIP2 may have a role in binge eating, a condition that can cause obesity, psychological distress, and physical health issues such as diabetes. In addition to this single gene association, researchers also discovered a group of genes involved in nerve myelination that may also play a role in binge eating. According to the researchers, these findings could open the door for future targeted treatments to help someone regulate their eating behavior.