In Praise of Praise: On the Right Use of Influence 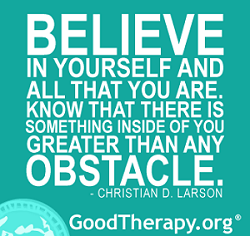 When I asked what things helped the most, the top vote getter was “praying for me” followed by “support” and “telling me things like ‘never give up’.” What interested me most was that none of them named praise as something their parents did. I checked with several of the Indonesian teachers and learned that praise is not common in Indonesian culture. Or, as one Indonesian teacher put it, “Sometimes we do get praised, but it is not real, so we learn not to trust it.” In our little school and in my classroom, by contrast, praise is encouraged. I asked the children whether they liked being praised. As most of them nodded shyly, Bagus said, “It’s not good for me, Bu, because then I will be better than everyone else.” “Oh, you’re worried that if you get praised, you’ll get too proud?” “Yes.” What followed was a good discussion about praise. Bagus concluded that he could check and see whether it really did make him think he was “better than everyone else.”

Another aspect of these children’s responses interested me: none of them said that gifts or special vacations were helpful in motivating them to study and learn. This corresponds with research by Professors Ryan and Deci (1985, 2002) in which they conclude: “A reward that acknowledges a great effort is more effective than one that is promised upfront for getting an A. Appreciation is always a better motivator than control.” They point out that rewards for good grades will motivate children to link learning with an extrinsic reward rather than the intrinsic reward of learning itself. Prof. Ryan, in an interview (Singapore Sunday Times, April 1, 2012; see sandra@sph.com.sg) with Sandra Davie, says, “Encouraging a child to do his or her best is enough. Conveying that you will love your child just as much no matter what the outcome is not only supportive, but it may also reduce anxiety, which itself can compromise performance. There is no evidence that pressure helps students do better.”

Going deeper in exploring the use of praise, I find that it is both an attitude and a skill.

Using praise as an attitude, or way of interacting with others, helps parents and teachers focus on noticing what attributes a child is ready to learn and then pointing out when they are using this attribute. For example, I notice that Gabriel is ready to learn more about managing his own behavior. When he spontaneously asks if he can move to another table so he won’t be distracted, I say, “Great, Gabriel, you’re practicing managing your own behavior.” Dion is ready to be more confident with English. When he speaks up, I say, “Dion, you’re practicing being more confident! I heard you really well.” Shila is ready to be less worried about making mistakes. When she makes a mistake and then corrects it, I can encourage her by saying, “So you noticed your own mistake. You can make a mistake and fix it. That’s a great way to learn.”

Other examples of healthy attributes come from The Family Virtues Guide by Linda Kavelin Popov. (By the way, Linda is an excellent teacher, whose work is the most grounded and practical parenting guide I have found.) She refers to praise as “acknowledgement” and names 52 universal virtues useful for being a good person living a good life. Among them are caring, consideration, helpfulness, generosity, kindness, humility, tolerance, respect, self-discipline, trust, tact, and modesty. Looking at this selection, you can see that they are developmentally diverse. A 6 year old might be ready to practice kindness and a 6th grader tact. In working with praise (or acknowledgements), I’ve become more interested in developing children’s character and less frustrated by their undesirable behaviors. Recently, coaching a friend in parenting her difficult 5 year old, I gave her lots of information and many strategies, but the one that worked the best and brought immediate results was praise. “I told him I didn’t want to fight anymore and that I was going to look for things to praise him for. At night, I told him three things I appreciated that he done that day. I couldn’t believe the look on his face! And the next morning he went to school without a fuss.”

Here are a few guidelines for refining the skill of using praise.

Parents and teachers have the joy and challenge of helping children become the best people and leaders they can be. Prof. Ryan says it well. “Success in life is . . . related to feeling a sense of confidence and security that comes from parents who support their child through successes and set-backs. Parents motivate their children best by conveying and modeling the right values, and showing care, concern and helpfulness when they encounter obstacles and difficulties.” (Sandra Davie, op. cit.)

When considering power as “the ability to have an effect, or to have influence,” the emphasis is usually on the first half of the definition. Praise, on the other hand, emphasizes the wise use of the influence aspect of power. Although this article focuses on the right uses of praise for children, it is humanizing, encouraging, and effective with adults as well. When people feel emotionally connected, competent, and autonomous, they flourish. Acknowledging people for valued behavior rather than primarily for outcomes is the right use of the power as influence.

Related articles:
Children in the Balance: Should You Rethink Your Parenting Style?
Don’t Underestimate Me: Ethical Use of Power for and With Children
Help Others Reduce Stress and Increase Self-Esteem