Poor Mental Health Common Among Dismissed Soldiers, and Other News 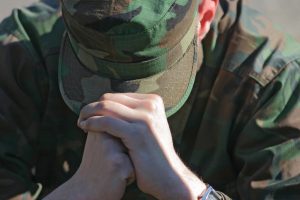 Nearly a quarter of troops diagnosed with a mental health condition in the two years leading up to discharge received an “other-than-honorable” designation. This status can affect a veteran’s ability to receive benefits from the Department of Veterans Affairs. This lack of access can make it difficult to receive mental health treatment and other vital services.

The report also found the Army and the Marine Corps often did not comply with Department of Defense guidelines for screening soldiers for TBI and PTSD before discharge. The report urges the military to consider PTSD and TBI in discharge proceedings.

A Department of Defense official disputed some of the findings.

Girls who enter puberty earlier than their peers may face a heightened risk of emotional and behavioral issues, low self-esteem, and violence or abuse. According to a new study, the risk is even higher among early-maturing girls whose friendship groups contain more boys.

According to a new study of more than 2,000 British young adults, loneliness can undermine sleep quality. About 25-30% of the sample reported periodic loneliness. Those who experienced loneliness were 24% more likely to feel tired and to struggle with concentration during the day.

Parents diagnosed with bipolar who use an online self-help tool more effectively build on their personal strengths, according to a new study. They are also better at managing the challenges of parenting, including encouraging positive behavior in their children. Through the self-help tool, participants’ stress and sense of parenting competence significantly improved.

Budgeting can help people manage their money better, which may reduce stress. However, many people struggle to stick to a budget, and two thirds of Americans do not even create one. Improving motivation can help people make and keep budgets. While budgeting apps can cultivate motivation by giving people a sense of control, human psychology may undermine even the best attempts. Budgeting can make people feel deprived, like they’re giving something up. That can turn budgeting into a self-defeating undertaking. One way to fight this tendency is to make a spending plan rather than a traditional budget.

The Phones We Love Too Much