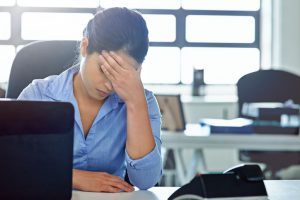 Workers in the United States report feeling stressed and cynical due to political discussions at work, according to a survey by the American Psychological Association (APA). A similar APA survey conducted prior to the 2016 presidential election found election-related stress was common. The new survey suggests stress rates related to politics at work are higher now than they were before the election.

Tension and Stress Due to Political Talk at Work

David W. Ballard, director of the APA’s Center for Organizational Excellence, offers several suggestions for employers trying to mitigate the effects of political stress in the workplace. These suggestions include determining a clear policy that describes limitations of political activities in the workplace, promoting a culture based on mutual trust and respect between workers, and implementing workplace wellness activities that help employees manage their physical and mental health.