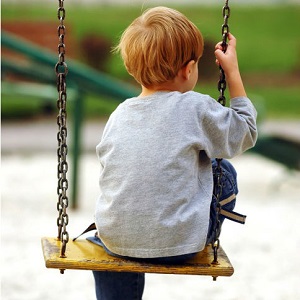 When a child gets killed, it gets our attention. Consider the words of Nicholas Scopetta, former Executive Director of The Administration of Children’s Services: “people may not understand the intricacies of the system, but they certainly know when a child is killed.”

It’s true. We put down our coffee cup, lift our heads from the paper, take pause in our morning commute. With friends and co-workers, we debate (institutional reform vs. personal responsibility); at home, we reconsider our practice of discipline; in our minds, for the briefest of moments, we become aware of the horror of losing a child and we are enraged. But in time—in a week or two—we move on. As we have to.

The media attention and ensuing public outrage over Nixzmary Brown’s death is warranted and overdue. As a direct result of this story, we are seeing a dramatic increase in reports of child abuse as well as much needed inquiry into improving our system of child welfare. However, success cannot only be measured in number of reports called in, nor can it be measured in a lower child death rate.

What about the tens of thousands of New York City children who survive child abuse each year? More often than not, children who experience violence in the home are left with deep psychological wounds; many develop posttraumatic stress. So, while we have your attention, let’s also save the children who have survived.

Take a look at the 10 year old boy, afraid to go to school, incontinent after being repeatedly raped by his uncle; the 15 year old who beats his younger brother to a pulp, the way he was taught by his father; or the 6 year old boy who has learned, through years of repeated beatings, to detach his mind from his body, now unable to feel pain of any kind. These are the living Nixzmary Browns.

They become depressed and anxious. They are irritable; they start fights. They may not sleep, and when they do, they may have nightmares. They may become psychically numb to the world, shut out their friends, no longer able to enjoy life. These children often have a sense of foreshortened future. Their world view is shot. They no longer trust in humanity or themselves. How can a child make sense of a world where caretakers try to hurt or kill children?

We need to address the psychological symptoms resulting from the trauma that these children have endured. Once these children are in a safe place, they need to be taught how to live, play, and love again. They need to know that, although their caretakers have hurt them, the world has not abandoned them.

We open our checkbooks—and some of us volunteer—to help children in Darfur, in New Orleans, in Tsunami-ravaged South East Asia, in lower Manhattan. This trauma is visible to us. But now that we have a global understanding of the psychological consequences of the trauma inherent in war, in natural disasters, in international terrorism, we bear the responsibility to also consider the psychological consequences of the trauma in a physically abusive home.

In the fight against racism, Martin Luther King said, “No American is without responsibility.” He challenged all Americans to fight for justice and racial equality. I look forward to the day when we have a leader—a Martin Luther King—who calls on each one of us to champion the silent plight of the abused child.

Until then, let’s keep the attention on Nixzmary alive long enough to foster a greater understanding that child abuse is trauma; long enough for parents to get treatment for their children, for mental health professionals to properly diagnose and treat PTSD, and for children to recover. We just might push forward our evolution to a species that cares as much for its wounded as mourns for its dead.

Nixzmary Brown’s legacy comes from her death. Had her 7 year old body survived the beatings at the hands of her step-father, she would merely be another child, victim of child abuse, far less famous, far more in need of attention.