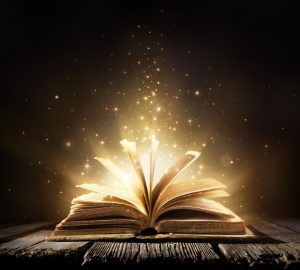 There are different kinds of lies: pathological lies, lies so you won’t get caught, lies of convenience, lies for self-protection, and social lies. They all have something in common: if someone is focused on telling you only what you want to hear, or only what they want you to hear, you’re not hearing what you might want or even need to know. You might fall for their stories, if they’re convincing enough. People who lie pathologically tend to tell VERY good stories. I’m going to tell you about one such person in particular.

Anita (not her real name) told the most wonderful and romantic stories about her life. I felt so good listening to her. Anita was a talented storyteller, and I am a sucker for stories.

When we first met, she was all smiles and seemed easy to get along with. I liked her right away. “My life would be perfect,” she told me, “if only I had a boyfriend.” She began telling me about a man who worked in her office. He had beautiful, big brown eyes and strong arms. When she looked over at him, he was almost always looking at her. It was clear they were attracted to each other. He asked her out for lunch. He asked her out to the movies. He brought her flowers and little cute presents. She made him brownies and brought them to the office.

“Do you think he likes me?” she asked.

After a few months, they started to get serious. Their romance was touching. He was older, but he was considerate and helpful. He enjoyed her youthful enthusiasm, and she enjoyed the many ways he showed he cared for her. He was courtly and charming. She felt safe with him.

Their relationship seemed fine at first, but then another woman wanted to enter the picture.

“What will I do?” Anita asked me. “What if he likes her more than he likes me? And who does she think she is, anyway?”

Anita quickly vanquished her rival, and she and her boyfriend were soon planning on moving in together. I wondered to myself if they would get married, maybe have kids. I was so happy for her. They were even starting to talk about buying a house.

Listening to Anita was like reading a really good book, one I couldn’t put down, or watching a movie I knew I would have to see again. Her story was about every dream come true. All things were possible. Life was always only good. Life was a fairy tale.

At first, I thought: Well, it’s young love. Eventually life will get back to normal. I even worried: Would Anita be able to take it if they actually had a disagreement, much less an argument? Everything can’t be perfect ALL of the time! Usually there is a little trouble in paradise—after a while, anyway. But Anita and her boyfriend never disagreed. They always wanted to do the same things at the same time.

Gradually, I began to believe her story felt too good to be true. Then I realized that, in fact, it wasn’t true at all. I had, in fact, been listening to a fairy tale. It felt like a switch in my brain clicked on when I realized Anita had the hallmarks of a person who pathologically lies. She made the whole thing up!

Gradually, I began to believe her story felt too good to be true. Then I realized that, in fact, it wasn’t true at all. I had, in fact, been listening to a fairy tale. It felt like a switch in my brain clicked on when I realized Anita had the hallmarks of a person who pathologically lies. She made the whole thing up! Anita needed to keep me fascinated; she had a real desire to control and manipulate how I thought about her.

I was shocked. My thoughts must have shown on my face. Once I figured out she was lying, she didn’t want to talk to me anymore. The thing is, I liked Anita, but she couldn’t believe that anyone could like her if they knew her as she really was. Her lies, I believe, stemmed from serious dissatisfaction with herself, a need to be loved, and a need to mess around with other people’s minds. She always had to be the best, the winner, HUGE!

Even though I had been bamboozled, I still wanted to be friends with Anita. I suppose many people would have simply dropped her, but not me. We continued to meet for a time, and Anita tried out different story lines with interesting beginnings, but I wasn’t buying. I wanted to have a real conversation, but it wasn’t happening. Anita felt her real life was boring, and she was ashamed of herself. She thought she was too ordinary. She couldn’t see the beauty of the everyday. I think, at some moments, she believed her own lies. She was inventing her life as she thought it should be, and it had to be exceptional.

Storytellers need listeners, and I’m a good one—but eventually even I can identify a lie when I hear one.