Letting Go of Rigid Independence: Why It’s Good to Have Help 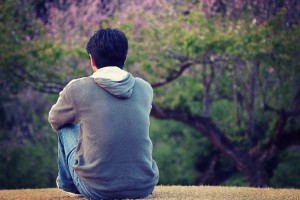 Why is it so difficult for some people to allow themselves to be helped? If there was a spectrum on which one end was total independence and the other was complete dependence, where would you say you fall? Ideally, it would be somewhere in the middle or fluidly moving back and forth along the spectrum as circumstances required. But many people get stuck at the independence end of the spectrum and only rarely dare to ask for assistance.

We are all influenced by societal beliefs about independence and dependence. However, those who are rigidly independent may need to look more closely at their personal experiences as dependent children in order to uncover their deep resistance to accepting help from others.

Independence is a healthy and important aspect of human development. It’s also supported by many popular beliefs:

All of these beliefs contain truth, but not the whole truth.

Freedom at What Cost?

Are You Really Safer?

While taking care of yourself does increase your safety, your safety increases even more when you have a network of friends, family, and public services that you can rely on in times of need. The rigidly independent sometimes endanger themselves by being unwilling to accept assistance. Think of the elderly person who refuses to accept a caregiver and then accidentally burns the house down; the teen who drives drunk because he or she is unwilling to call a parent for help; or the woman who is too proud of her independence to ask a friend to walk her to her car late at night.

People respect independence, but not when it’s unyielding. People respect those who respect them back. Rigid independence devalues the contributions of others; it implies that they have nothing to offer you; and it disrespects their skills, wisdom, and generosity.

However, even those who are aware of the benefits of letting go of their rigid independence may find themselves unable to do so. For these people, this may be the time to examine their own negative views and possible past experiences with dependency. A person who experienced shame, danger, or betrayal as a child may not have the ability as an adult to find safe, trustworthy people to rely on.

We were all completely dependent on others when we were small children—and may need to be again as we age or become disabled. But even if we don’t require physical assistance, the fact is people still need each other. There’s no shame in it. Find safe people and let go of rigid independence … because we all need a little help sometimes.

“No one can whistle a symphony. It takes a whole orchestra to play it.” —H.E. Luccock