Oxytocin’s Potential Link to Domestic Violence, and Other News 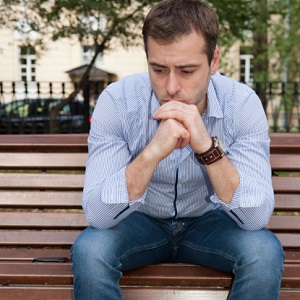 A brain hormone called oxytocin has long been linked to feelings of love and affection. The chemical helps initiate uterine contractions during child labor, and is released in large quantities when women are lactating or have just given birth. Previous research has also implicated oxytocin in orgasm, romantic love, and social recognition.

But this love hormone may also have a dark side. A recent University of Kentucky study exposed subjects to stressful situations that might provoke aggression—a public speech to a hostile audience—followed by the placement of an ice-cold bandage on subjects’ foreheads. Half the subjects inhaled oxytocin, while the other half got a placebo instead.

When asked how likely they would be to commit violent acts against their romantic partners, the subjects who had inhaled oxytocin were more likely to have violent inclinations—but only if they had previously been judged as prone to physical aggression. Another study found that, among people with borderline personality, oxytocin has a paradoxical effect of undermining trust and cooperation.

Science fiction writers, among others, have dreamed of devices that can be controlled by thoughts. At the kickoff of the June 12 World Cup, that dream becomes a reality. For several months, eight paralyzed people have trained with a brain-controlled exoskeleton that allows them to kick, and one lucky person will get to open up the World Cup with a kick.

R U Ready to Quit Smoking? Texting Can Help

Researchers know that social support can aid smokers in finally ditching the habit. A new study, which followed 503 smokers, found that those who got counseling through Text2Quit were more likely to stay quit. Eleven percent of counseling recipients successfully quit, compared to 5% among a control group who relied on self help materials alone.

These Are the Five Most Stressed States In America

Real estate blog Movoto has released a list of the five most stressed states in America based on factors such as housing prices, commute times, and working hours. The most-stressed states are Georgia, New Jersey, California, and Nevada, with Florida leading the pack. The blog says that Florida is stressed because 25% of the population has no health insurance and nearly 12% of Floridians are unemployed.

More and More, Young Women Are Being Diagnosed With ADHD

A new report by Express Scripts has found that rates of attention deficit (ADHD) are increasing among young women. The report states that women aged 19 to 25 are 27% more likely to have ADHD than girls aged four to 18. The report argues that girls’ symptoms of ADHD are more likely to be ignored, increasing their likelihood of being diagnosed when they encounter challenges in early adulthood.

Recession Linked to More Than 10,000 Suicides In North America, Europe

Between the years of 2008 and 2010, the United States and Europe experienced a severe recession. New research shows that suicide rates also skyrocketed. The research looked at a total of 26 countries, and found that in the European Union, the suicide rate had increased by 6.5% in 2009. The study’s authors believe that as many as 10,000 suicides may be directly attributable to the financial downturn.