Owning Your Apology: Name It, Claim It, and Do It Now 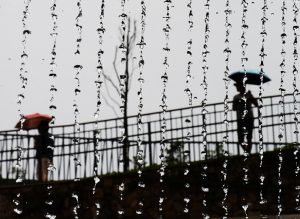 When you have done something to hurt another person, how quick and competent are you with an apology? While some people over-apologize as a daily practice, others neglect opportunities to strengthen a relationship by authentically apologizing when having caused pain.

It is important to not only recognize when an apology is due but to understand how to atone and when. “I’m sorry if something I said or did bothered you” is not an apology. It is missing two key components: naming the offending action and claiming it.

As an example, say one partner withdrew money allocated for household bills from a joint account to spend it on something spendy they wanted. Naming the behavior could sound something like, “I was not forthcoming about the money I spent from our joint account. I wanted something, and I knew I should have run it by you first. When you asked me about the money withdrawn from the account, I evaded your question instead of admitting I took it out for myself.” Notice how straightforward and objective the statements are.

When naming the offensive behavior, resist the urge to blame others, defend yourself as if it was justified, or minimize what you did. These approaches diminish the sentiment of the apology and may communicate that you are not sorry for what you did—just sorry it created consequences for you. Considering what you would do if you had a “do-over” is a good way to name the behavior.

A well-executed apology includes claiming the result the behavior caused, which can be on a continuum from inconvenience to pain. In the example of money taken from a joint account, claiming it could look like this: “When I avoided your question about the money instead of answering you, it made you wonder if you could trust me because we are supposed to be on each other’s sides. It felt like I was putting my own wants over what is best for us.”

When claiming your behavior, offer to hear how what you did affected the other person. If the person is willing to be vulnerable enough to share their feelings, reflect (but don’t parrot word-for-word) what you heard. “When you saw I had taken money out of our account without consulting you, it made you feel like you are not important to me. I did not know that and am glad you told me.” The key is to demonstrate you grasp the implications of your actions.

Don’t wait to apologize. As soon as you realize you owe someone an apology, initiate steps to make it right.

Do not expect forgiveness; that is the responsibility of the person offended.

It may not be possible to apologize right away, but consider at least reaching out to set up a time to talk. For example, if you said something to your partner just before you both left for work and you need to apologize for your part, you may not be able to talk it through right away, but consider sending a text reading, “Could we talk for a few minutes at lunch so I can apologize for what I said?” This keeps the hurt from having time to settle in and take hold, and says, “I made a mistake, but I care about your feelings.”

If it is possible to correct the offense, do so. In the example about taking money from a joint account, it could be to return the money to the account as soon as possible. If unclear about what would help heal the wound, ask the person who has been hurt; sometimes the expression of true remorse is enough.

Intentions matter. If an apology is approached with sincerity and empathy for the pain that was caused without avoiding accountability, the precise words may be less important than the spirit of the message. Do not expect forgiveness; that is the responsibility of the person offended, should they choose to offer it.

Apologizing for things you wish you could take back is a way of demonstrating integrity. While reparation is primarily about the other person’s feelings, a heartfelt apology and correction, when possible, also mends the most important relationship—the one you have with yourself.